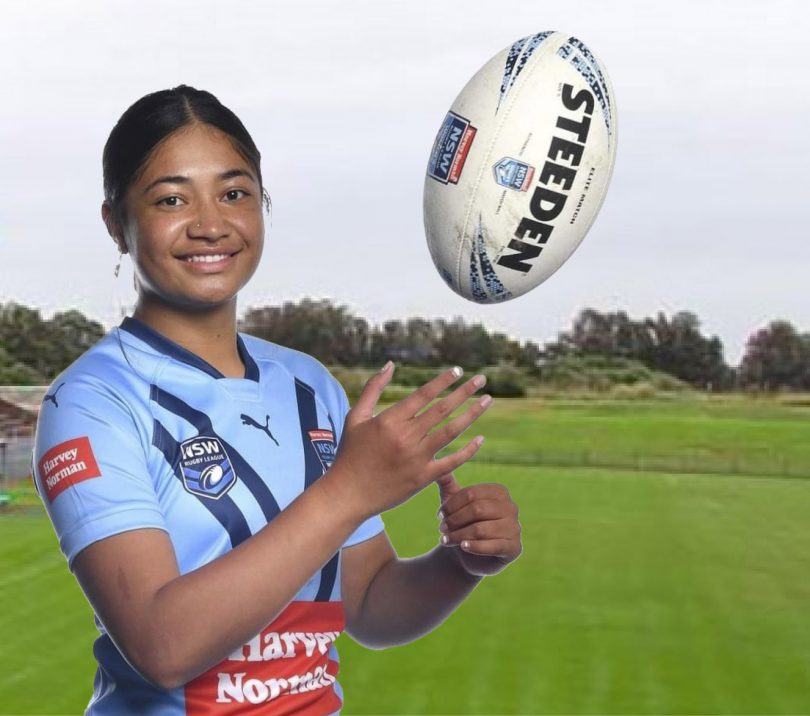 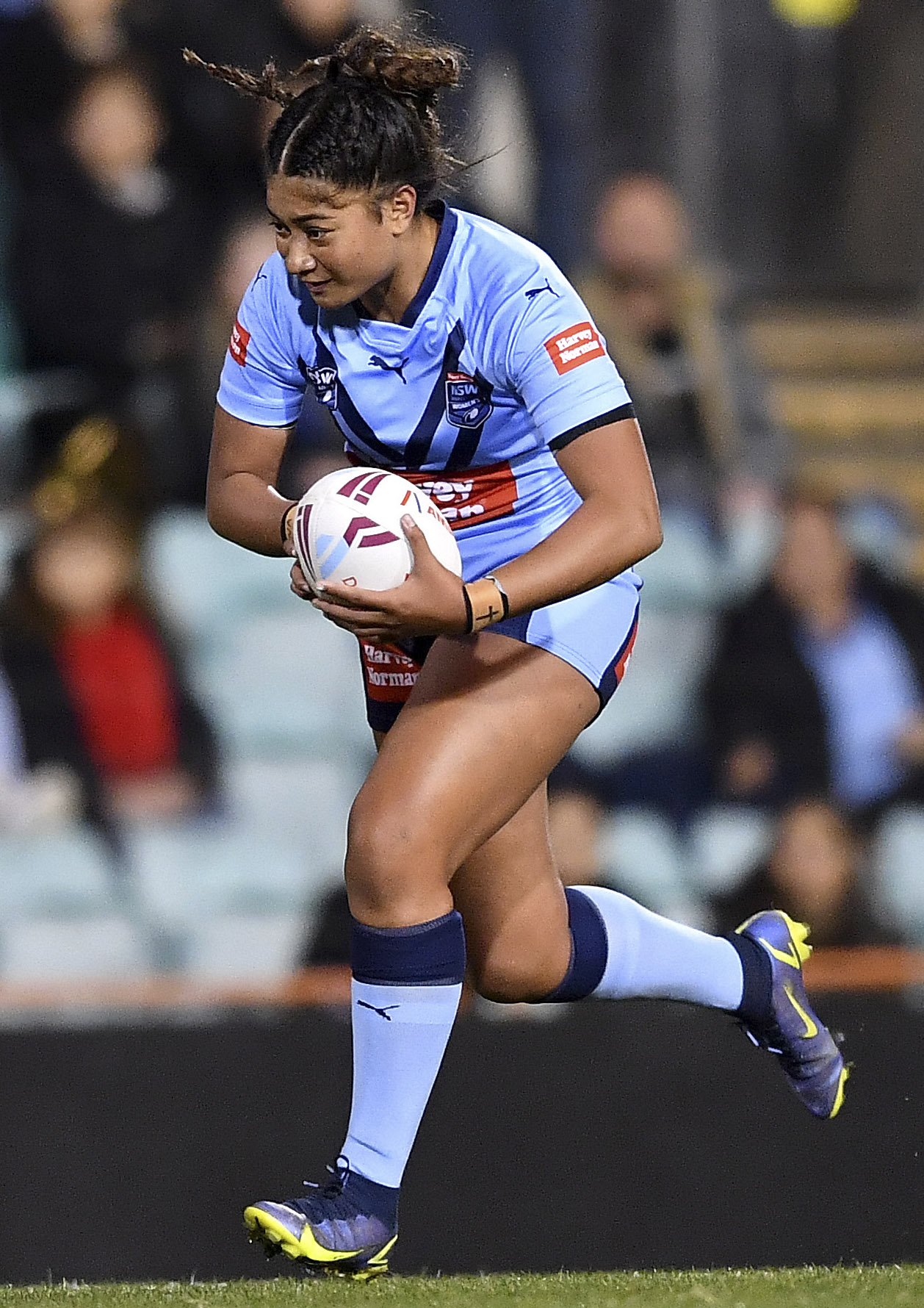 IN the rare position of having three club contracts at the same time, Lidcombe rugby league star Monalisa Soliola, 18, was the youngest player named in the NRLW St George Dragons side on Sunday and will make her debut on August 18.
She had been playing in the Harvey Norman NSW Women’s competition for the Cronulla Sharks before being spotted by Dragons coach Jamie Soward.
“Monalisa has been on the radar of several clubs so we’re glad she chose us,” he said.
Growing up in a football family of 10 children with parents Bill and Sana both coaches at Berala Bears, Monalisa was a State Netball Champion and also the U10s National and NSW Discus Champion.
Amazingly, she only made the decision to switch to rugby league last year after feeling she might never make it to national netball level.
She joined Punchbowl’s St Johns Eagles and from there was picked up by Canterbury Bankstown Bulldogs for their Tarsha Gale Womens side before playing for NSW City and then the NSW State of Origin U19s who recently beat Queensland in the final.
Bill says Monalisa is the first student from her Hills Sports High School playing as a woman in the NRLW while still attending school.
“It’s also rare for a woman to be playing for three different clubs at high level,” he said.
Monalisa says she is super thankful to Coach Soward, sponsor Muse Clothing, manager John Fadel from Excel Sports, her church, family and community.
Her advice to young sportspeople is to get out and be active, make healthy choices and stay positive in all situations.
“Sports is for everyone, no matter who you are, you will find a place in sport,” she said.
“I’m so glad I decided to give rugby league a go, you make great friends and learn from great leaders which I hope to be one day.” 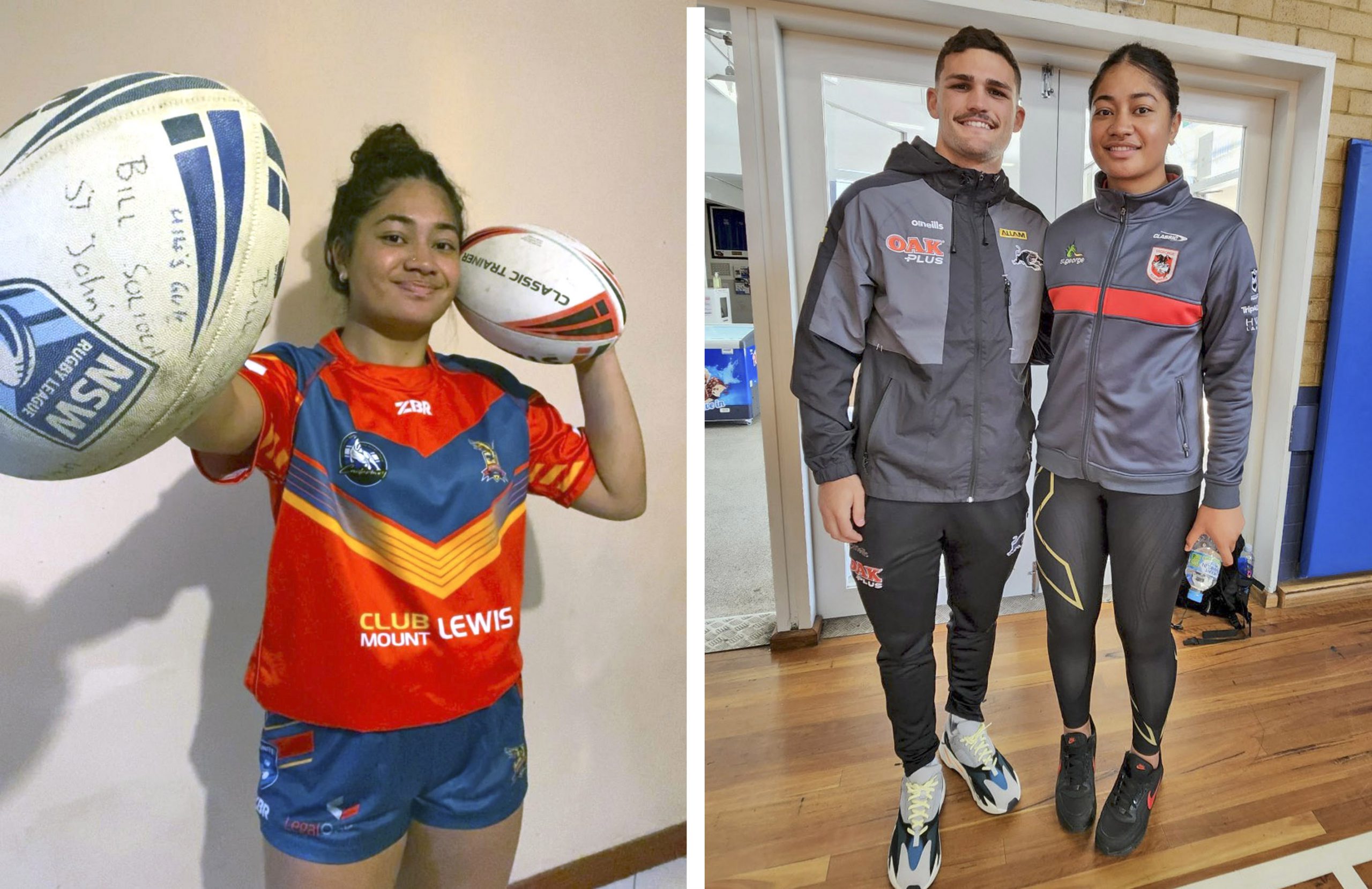