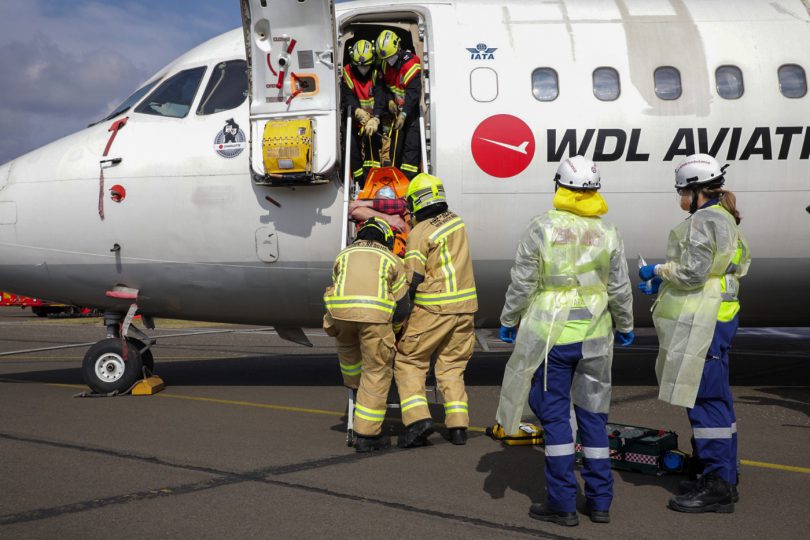 IT may have looked real but thankfully when emergency services converged on Bankstown Airport last Wednesday they were responding to a simulated plane crash – part of a training exercise. 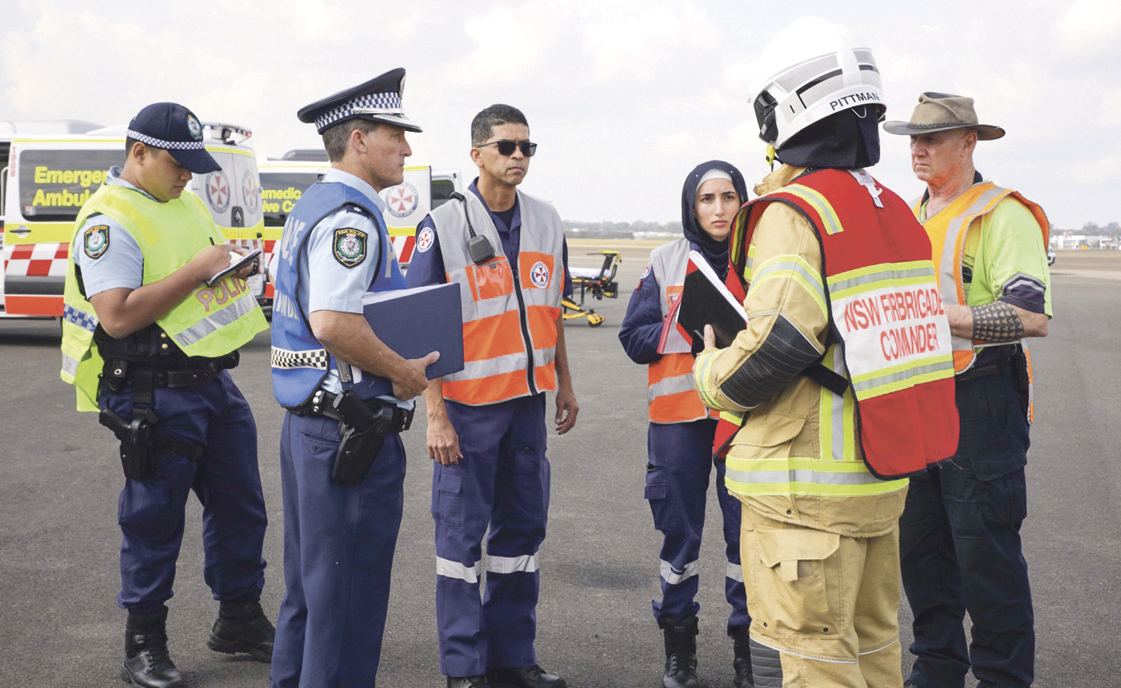 EMERGENCY services were put to the test in a simulated plane crash at Bankstown Airport last Wednesday.
Fire and Rescue NSW worked alongside NSW Police, NSW Ambulance and Sydney Metro Airports, during the half-day event which simulated a large aircraft taking off and experiencing an engine failure, before crashing to the ground.
There were multiple casualties, all with varying degrees of injuries, along with a Covid scare.
FRNSW Inner West Zone Commander Superintendent Craig Wright said training exercises such as these, were vital in developing and maintaining the skills of firefighters and other emergency services personnel.
“This was a great opportunity for them to put their skills to the test in such a realistic scenario,” he said.
“These types of exercises allow all emergency services personnel to gain a greater understanding of how each agency interacts and works together at incidents so they can be better prepared if and when they do occur.”
Sydney Metro Airports CEO Daniel Jarosch said the training exercise was an important opportunity to test Sydney Metro Airport’s operational preparedness for Bankstown Airport in the event of a significant air-side and land-side incident.
“It will enable us to assess the effectiveness of response procedures and resources,” he said.
“Bankstown Airport is the second busiest airport in Australia and operates 24/7.
“It’s critical that we have in place appropriate and dynamic emergency procedures to manage the range of potential incidents and emergencies that can occur.”
Emergency services will come together again to evaluate the training exercise in coming weeks. 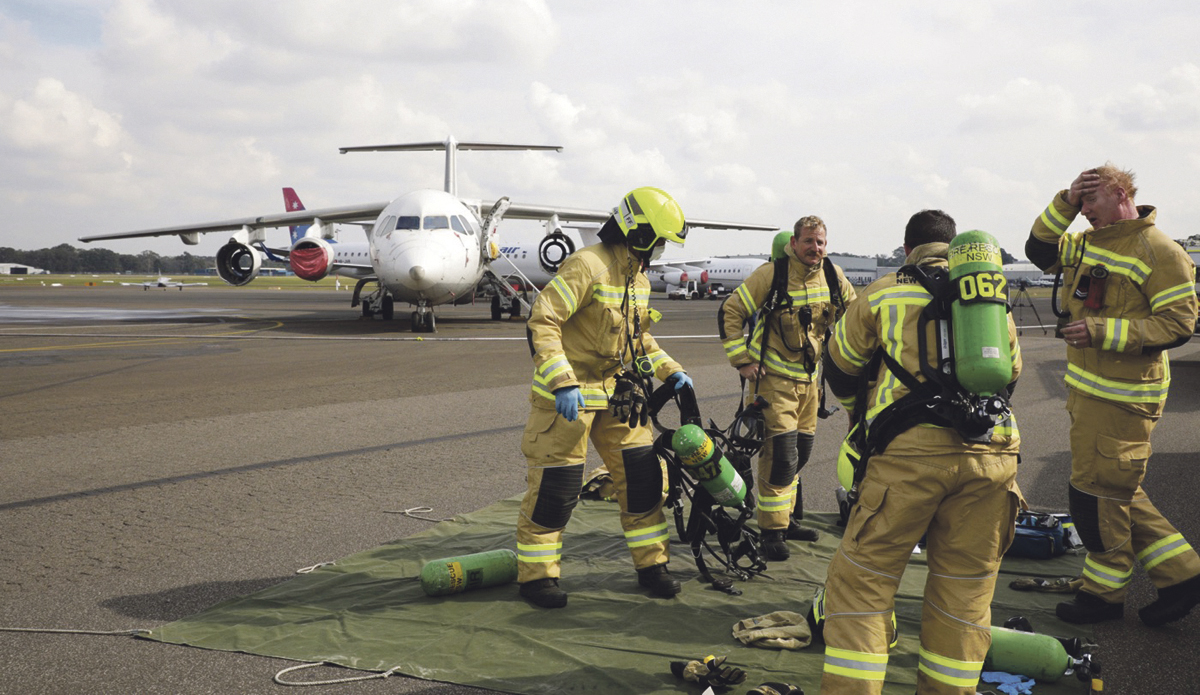