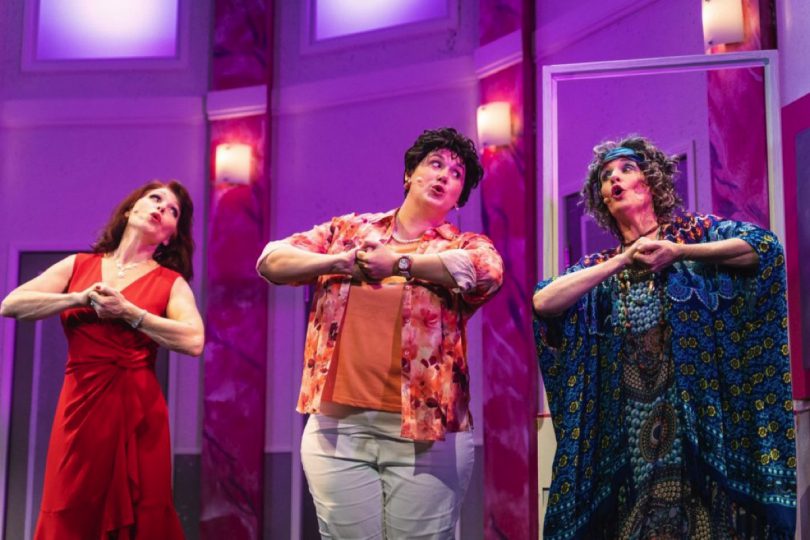 CELEBRATING its 20th anniversary, the original New York and Las Vegas hit ‘Menopause The Musical’ returns to Revesby Workers’ Club this August.
Inspired by a hot flush and a bottle of wine, ‘Menopause The Musical’ is a celebration for women who are on the brink of, in the middle of, or have survived “The Change”.
This side-splitting musical parody is set to classic tunes from the 60s, 70s, and 80s but with new lyrics to reflect symptoms of the menopause, including The Great Pretender, Only You, The Lion Sleeps Tonight, Stand by Your Man, and I Will Survive.

Impossible not to laugh, it will have you cheering and dancing in the aisles!
The story follows four mature women – a housewife, an ‘earth mother’, professional woman and a soap star – shopping for lingerie at a Bloomingdale’s sale.
They have nothing in common but a black lace bra, memory loss, hot flushes, night sweats, not enough sex, too much sex and more.
See what millions of women (and brave men) have been laughing about for 20 years.
‘Menopause the Musical’ will be performing in the Whitlam Theatre on Saturday and Sunday, August 6 and 7, from 8pm and Sunday, August 14, from 6pm.
Tickets cost $49.90.
Bookings: rwc.org.au or 9772 2100.