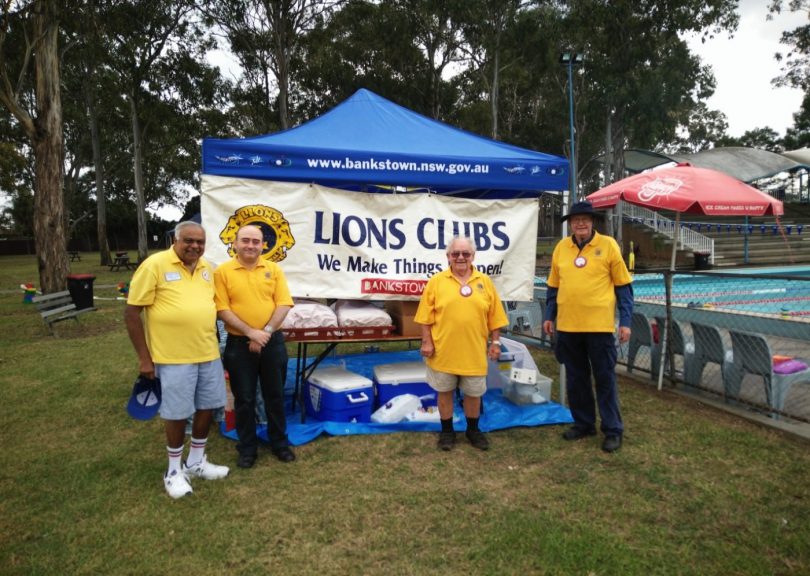 THE future of Bankstown Lions is in doubt after 65 years, with membership dwindling long before Covid and part of the growing trend of service and sporting organisations with ageing members having to fold.

Getting his house in order ahead of the last meeting in April when the formal decision to wind down the club will be made, club president Keith Betts has donated the last of the proceeds in their kitty to Bankstown City Aged Care and Bankstown Hospital.
“The bulk of these funds, about $90,000, came from when a Bankstown resident left us two houses about 35 years ago,” he said.
“I wanted those funds to go back into the Bankstown community and not end up in Lions consolidated revenue.”
Mr Betts said the club had raised over $750,000 since its formation in 1956 and that Lions Awareness Day on March 6, was a good opportunity for residents to reflect on its achievements.
“Our first project was funding an Iron lung machine which was used for the treatment of polio,” he said.
In 1970, they helped fund the establishment of Bankstown’s first not-for-profit nursing home, the Bankstown City Frail Aged Persons Home Trust.
Other highlights include supporting the School Breakfast Program, establishing a nurse scholarship at Bankstown Hospital, funding Seeing Eye dogs and the Santa Letter program.
Treasurer Robert Jacobucci said it was crucial for the club to be replenished with new members and this was not happening.
“It would be great to have younger people wanting to join us and continue our fundraising goals and long-term legacy of helping the local community,” he said.
For further info, call Keith on 0402 466 402 or Robert on 0412 922 020.