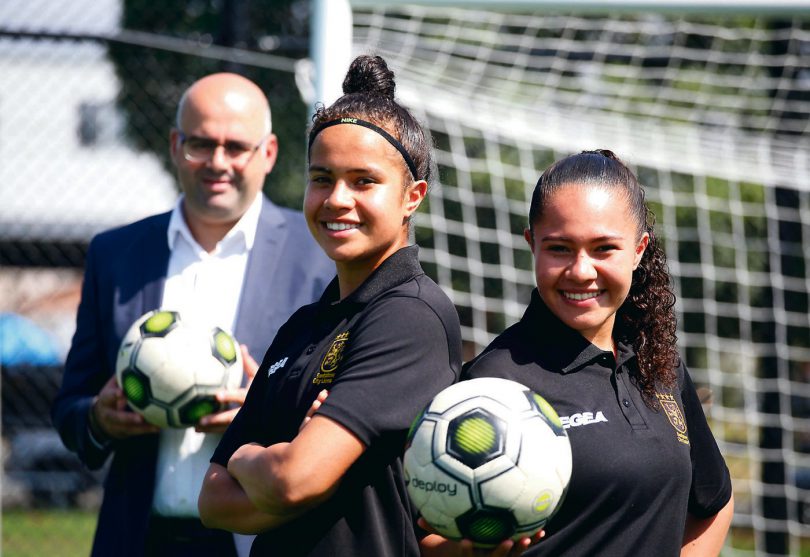 WITH former Bankstown City Lions FC player Mary Fowler helping to take the team further than they have ever gone before in an Olympics, the Matildas have seen their Tokyo Olympic gold dream end in a 1-0 defeat to Sweden in the semi-final at International Stadium Yokohama on Monday evening.

This match followed a thrilling win against the Great Britain on Friday night in which Fowler broke the 2-2 deadlock, scoring their third goal in the 4-2 victory and inspiring her team mates to give it all they had.
The outcome of the match against Sweden, however, was a tough result for the Matildas who fought hard and will rightfully bemoan a first-half goal disallowed.
Matildas Captain Sam Kerr thought she had opened the scoring with a clever volley only for it to be scratched for a foul.
Bankstown City Lions FC Women’s Convenor Denise Hinton believes Australia was robbed.
“Sam Kerr wasn’t offside, her goal should have been allowed,” she said.
“The record books will say Sweden beat the Matildas 1-0 and advanced to the final, and that’s all that matters really now.
“It matters little that Australia were the superior side for much of the game, against probably the best team in the world right now and we were probably watching what will be the final of the World Cup 2023; we’re definitely heading in the right direction.
“I can’t fault the team, they all put in a remarkable performance in sweltering heat-wave conditions in Japan and we are so proud of all of them.”
With Sweden one game away from claiming gold when they face Canada in the final on Friday, the Matildas still have a bronze medal to play for but must beat the might of the USA, the current world champions, to claim their first Olympic medal on Thursday.