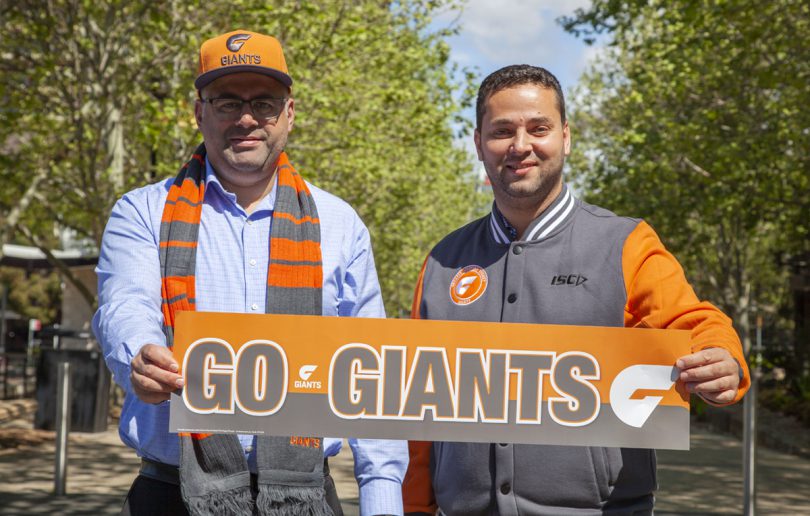 MAYOR Khal Asfour is urging fans to get behind Western Sydney’s own Giants who will be facing off against the Richmond Tigers in the AFL Grand Final this Saturday at the MCG.

Despite being written-off in their finals match against Collingwood, they triumphed last weekend, setting up the Grand Final showdown.

The idea of the GWS Giants was conceived just over 10 years ago and the team from Western Sydney played their first season in the AFL competition in 2012.

“The introduction of the Giants, the 18th team in the competition, gave the most populous region of Australia an AFL team to call their own and excitement and support grew rapidly,” the Mayor said.

“In response, the Giants have achieved the remarkable feat of making it to the Grand Final less than 10 years since their first season; they have honoured the support of their young but loyal fan base”.

And now it is time for us all to be a part of the big, big sound from the West of the town; for Western Sydney to stand up and support their team in their first ever Grand Final appearance.

In the traditional rivalry that is Sydney versus Melbourne, the Giants will be going into the match, seen by many, as the lesser adversary.

Mayor Asfour said: “I want to send them a clear message that they have the  largest population in NSW in their corner!

“It is not all about the 22 players however. No matter the outcome, Saturday will eave an indelible mark on the thousands of kids, mine included, that hold up the Giants and the players as their  heroes; as their role models and as their source of inspiration.

“Sport is the great leveller and the great giver of hope. We should not lose sight of just how important this game will be.