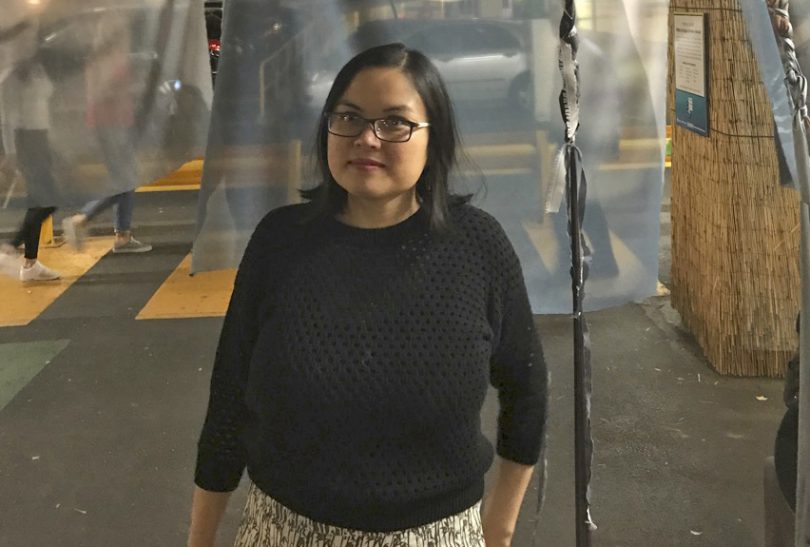 SHE narrowly missed out on receiving a Western Sydney Women Award in the Performing and Creative Arts category but Yagoona’s Sheila Ngoc Pham has now won a Together for Peace (T4P) Media prize in the inaugural Asian Broadcasting Union (ABU) UNESCO Awards.

Winning the radio category for her ABC podcast ‘Tongue Tied and Fluent’ which she co-produced with Masako Fukui, they are taking the success a step further and producing an SBS series based on the same theme to be launched on International Mother Languages Day on February 21.
Passionate about creating a more multilingual Australia, Sheila will focus on ‘Raising Children Bilingually’ and would like to hear from families struggling with or managing this goal.
“It’s an important topic that doesn’t get enough coverage in Australia,” she said.
“Our school system is shoddy around languages, some schools don’t offer any which is surprising as Bankstown is so multicultural; I had to hunt for a school for my daughter who is starting next year.
“I was lucky to come across Bankstown South Public which not only offers Vietnamese but Arabic and my daughter will be learning both.”
Growing up with Vietnamese and English in Australia, Sheila undertook Italian while living in Belgium on a gap year and felt under-educated despite dabbling in French, Spanish, Chinese and Arabic at university as part of her degree in linguistics.
“By the time, most Belgians have left school, they can already speak five languages and we need to be offering those opportunities to children here,” she said.
If you have an experience to share on raising children bilingually, email sheila.ngoc.pham@gmail.com.