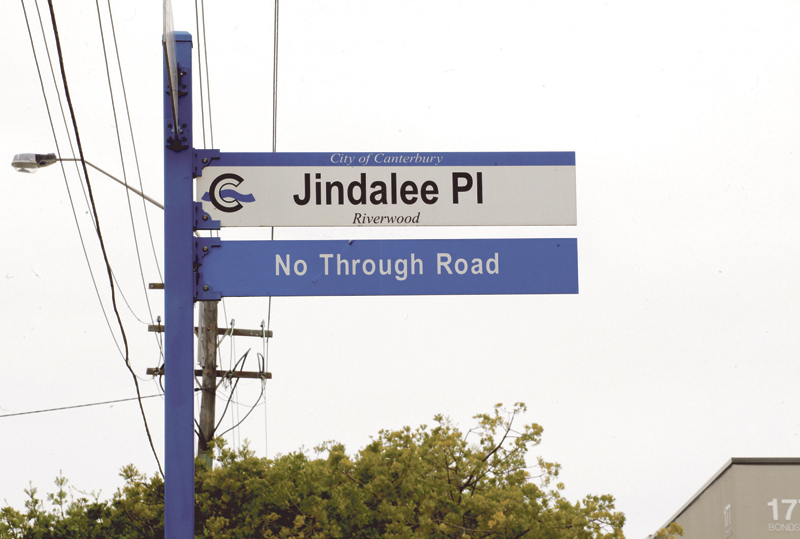 A MAN was shot in the leg and his car stolen during a carjacking at Riverwood last Tuesday afternoon.
Just before 5.30pm, emergency services were called to Jindalee Place, where they found a 26-year-old man with a gunshot wound to his leg.
Police were told a stolen Mercedes Benz being driven on the M5 was involved in a collision with an Audi on the Belmore Road off-ramp. The vehicle failed to stop, drove through a fence and into Rotary Park where the two occupants fled on foot, chased by witnesses.
The pair approached a Kia Rio parked in nearby Jindalee Place and threatened the driver with a firearm. The man refused to get out and was shot in the leg before being pushed out of the vehicle. The man and woman then drove off.
The injured man was taken to hospital in a stable condition.
Detectives from Campsie Police Area Command have commenced an investigation into the incident.
Anyone with information about this incident is urged to contact Crime Stoppers, 1800 333 000 or nsw.crimestoppers.com.au. Information is treated in strict confidence.

Reckless wounding charge
AN argument between neighbours has allegedly led to a 46-year-old man from Bankstown being charged with reckless wounding and resisting police.
About 9.30am on Sunday, December 29 the 46-year-old became involved in an argument with a neighbour on Gould Street, Bankstown. The man was holding a kettle which was recently boiled, when it impacted the other man causing boiling water to pour down his chest and arms.
Pedestrian seriously injured
A 69-year-old woman was seriously injured in an alleged hit and run in Bankstown last month.
Emergency services were called to Chapel Road near High Street, on Saturday, December 28, at 12.50pm, after reports a woman had been struck by a car.
Bankstown Police were told the woman was walking along the footpath when she was hit by a car, which then fled the scene.
She was taken to hospital with serious injuries.
Following inquiries, a man was arrested a short time later on Edgar Street and was taken to hospital for mandatory testing.
The 56-year-old Moorebank man has been charged with dangerous driving occasioning grievous bodily harm, fail to stop after impact causing grievous bodily harm, negligent driving occasioning grievous bodily harm and drive on footpath.

Off-duty officer makes arrest
A MAN allegedly threatened members of the public with a shovel, before being apprehended by an off-duty police officer after a short foot chase last Thursday.
Police will allege about 8.30pm, a man was seen to exit a Holden Rodeo on Belmore Road, Riverwood, and walk around to the driver’s side, before punching the driver multiple times.
The man then ran down Belmore Road, allegedly punching several pedestrians walking along the footpath.
He returned to the Holden and removed a shovel from the tray, before allegedly swinging it towards several people while verbally abusing them.
A man nearby approached him and introduced himself as an off-duty police officer, directing him to stop.
The man allegedly fled the scene on foot and was pursued by the off-duty constable through the yards of multiple houses, before officers from St George Police Area Command arrived and arrested the man in a backyard on Eldon Street.
The 25-year-old man was charged with use offensive weapon with intent to commit indictable offence and enter inclosed land without lawful excuse.
Inquiries continue.

Aggravated sexual assault
POLICE have charged a man from Punchbowl over the alleged sexual assault of a woman he met using an online dating app.
About 3pm on Sunday, November 17, police will allege that the man met a woman he had connected with through an online dating app the day prior (Saturday, November 16).
They travelled in the man’s car to Varney’s Bridge at the Royal National Park, where it is alleged the man sexually assaulted the woman before driving her home.
On Wednesday, November 20, the woman attended Blacktown Police Station where she reported the alleged assault.
The matter was referred to detectives at Sutherland Police Area Command who commenced inquiries.
Following an investigation, police arrested a 19-year-old on Edgar Street, Condell Park on Friday, December 20.
He was charged with aggravated sexual assault.

Armed robber refused bail
A MAN has been charged after a spate of armed robberies across Punchbowl last month.
About 6.30pm on Sunday, December 1, a man allegedly threatened an employee at a convenience store on Punchbowl Road with a knife and allegedly stole two charity coin containers and at least 10 mobile phones.
The following day (Monday, December 2) at 12.40am, a man allegedly forced open a locked door at a hotel on Punchbowl Road and stole a large amount of cash.
About 4.20am on Wednesday, December 4, a man entered the same hotel where he allegedly threatened and detained two employees in a toilet for an hour while he stole cash and alcohol.
On Friday, December 6, about 2am, a man allegedly attempted to break into a ticket machine at Punchbowl Train Station with a crowbar. Two days later at 3.30am, a man allegedly attempted to break into the same machine using a metal object.
Following an investigation by Campsie and Bankstown detectives, a 31-year-old man was arrested at Punchbowl Park on Friday, December 20.
He was charged with two counts of robbery armed with an offensive weapon, take/detain a person to obtain advantage, two counts of larceny value, and break and enter.
He was refused bail to appear in court in March.