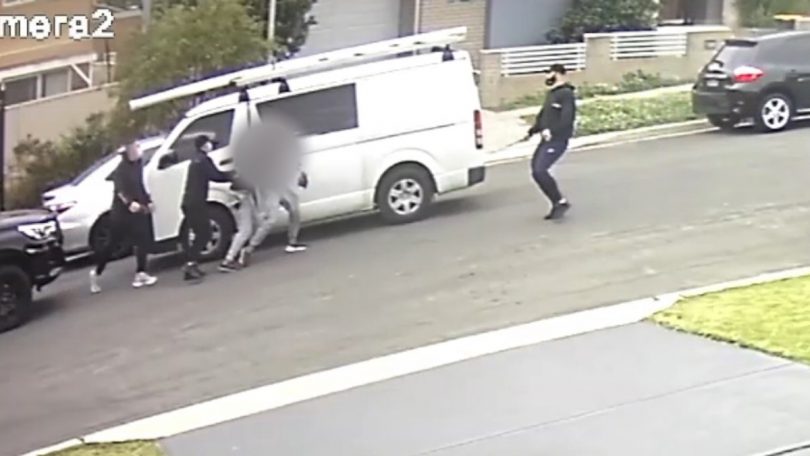 ROBBERY and Serious Crime Squad detectives have appealed for public assistance into a kidnapping and stabbing in Merrylands earlier this year. 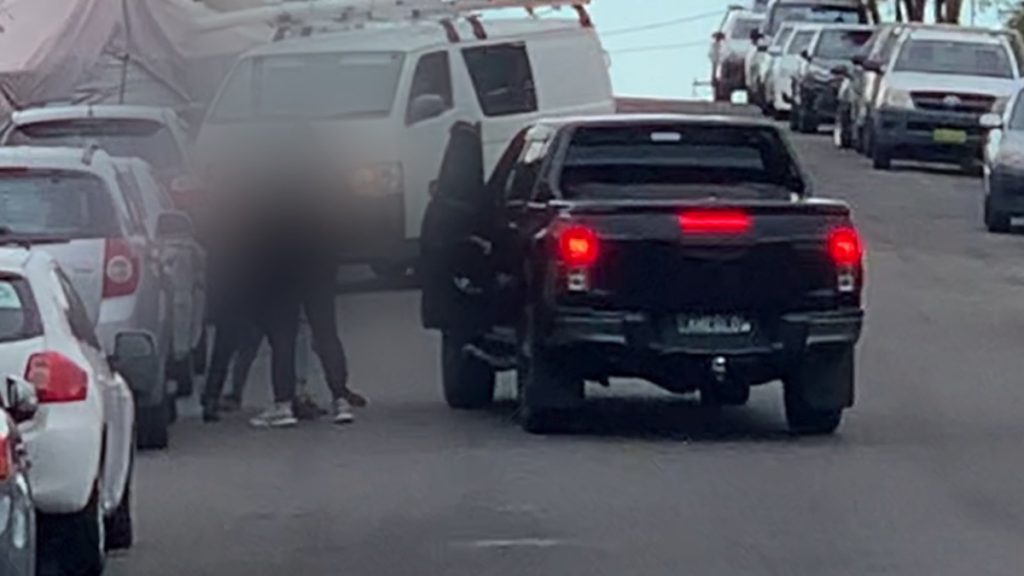 Just after 4pm on Saturday, September 18, a 24-year-old man was walking along Rickard Street, Merrylands, when he was approached by five men and physically assaulted. The man was then forced into the rear of a white Toyota Hiace parked nearby.
During the incident, a black Toyota CH-R entered the street and was struck by one of the men holding an expandable baton.
The driver of the CH-R took evasive action, reversing through the street and crashing into a boat before leaving the scene, causing significant damage to both vehicle and vessel.
The Hiace – containing the 24-year-old man and three of the men involved in the attack – left in a southbound direction and were followed by two other men in a black Toyota Hilux.
The man was then driven to a vacant unit at Auburn Road, Auburn, where he was detained for several hours.
About 7pm the same day, he was located by a member of the public with a stab wound to the shoulder at Wellington Road, Birrong. He was taken to hospital for treatment and has since been released.
As part of ongoing inquiries, strike force detectives have released mobile phone footage and CCTV vision of the incident.
All five men depicted in the footage are described as being of Mediterranean/Middle Eastern appearance.
The three men in the Hiace are described as: The driver is of medium build and last seen wearing a black hooded-jumper, red shorts and black running shoes; the front passenger is of a solid build and wearing a black jumper with a grey hood and red lettering on the sleeve, black track pants and pale-coloured joggers; and the other passenger is of large build, wearing a black baseball cap, black hooded-jumper, black track pants, black running shoes and carrying an expandable baton.
The two men in the Hilux are described as: The driver is wearing a black baseball cap, black hooded-jumper, black track pants and black joggers; and the passenger was wearing a black baseball cap, black hooded-jumper, grey track pants and black joggers with white/red soles.
Detectives are also seeking information about the two vehicles depicted in the footage, a white Toyota Hiace with NSW registration plates BK59LG; and a black Toyota Hilux with NSW registration plates AMEBLD. 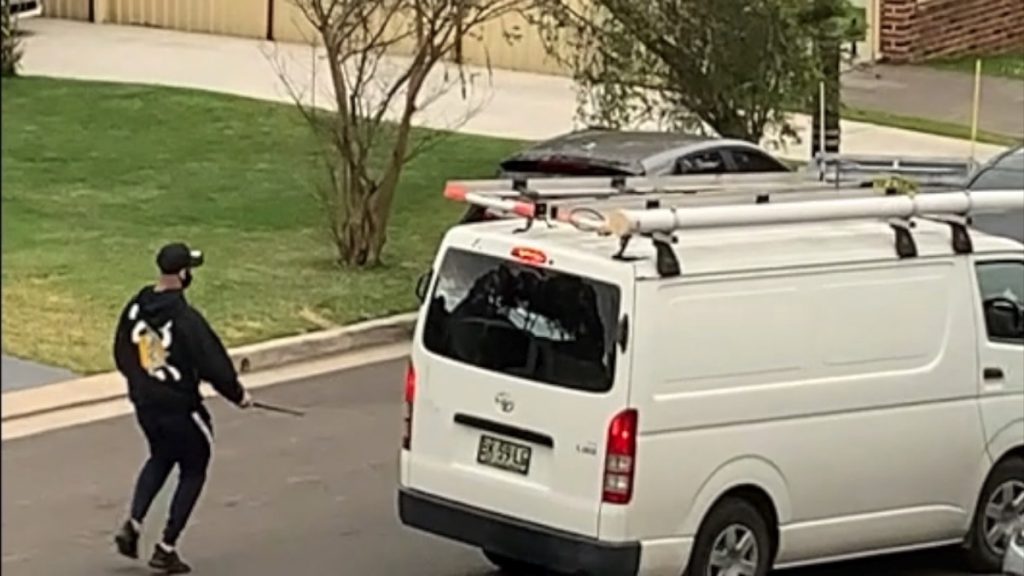