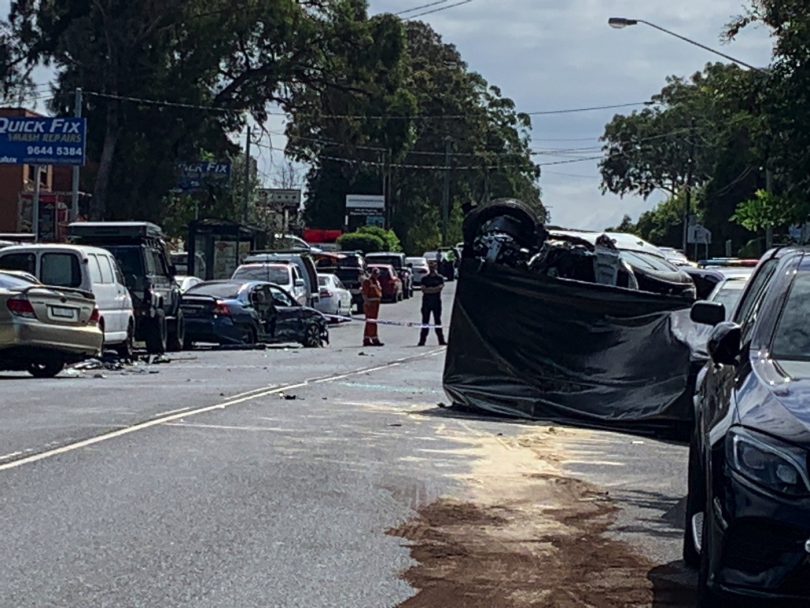 A MAN has died following a three-vehicle crash in Regents Park last week.

Just before 9.40am on Tuesday, March 30, emergency services were called to Park Road, near Jenkins Street after reports of a crash involving a Mercedes, a Holden and a Toyota Camry.
Sadly, despite the efforts of emergency services, the male driver of the Mercedes died at the scene.
The driver of the Toyota Camry was treated at the scene by paramedics before he was taken to Auburn Hospital with serious injuries, and while driver of the Holden escaped injury, he was also taken to hospital for mandatory blood and urine testing.
A witness at the scene said at least eight parked cars sustained damage during the crash which left the Mercedes on its side and traffic was diverted around the scene for several hours.
Auburn Police are investigating the circumstances surrounding the incident and anyone with information is urged to contact Crime Stoppers: 1800 333 000 or nsw.crimestoppers.com.au.