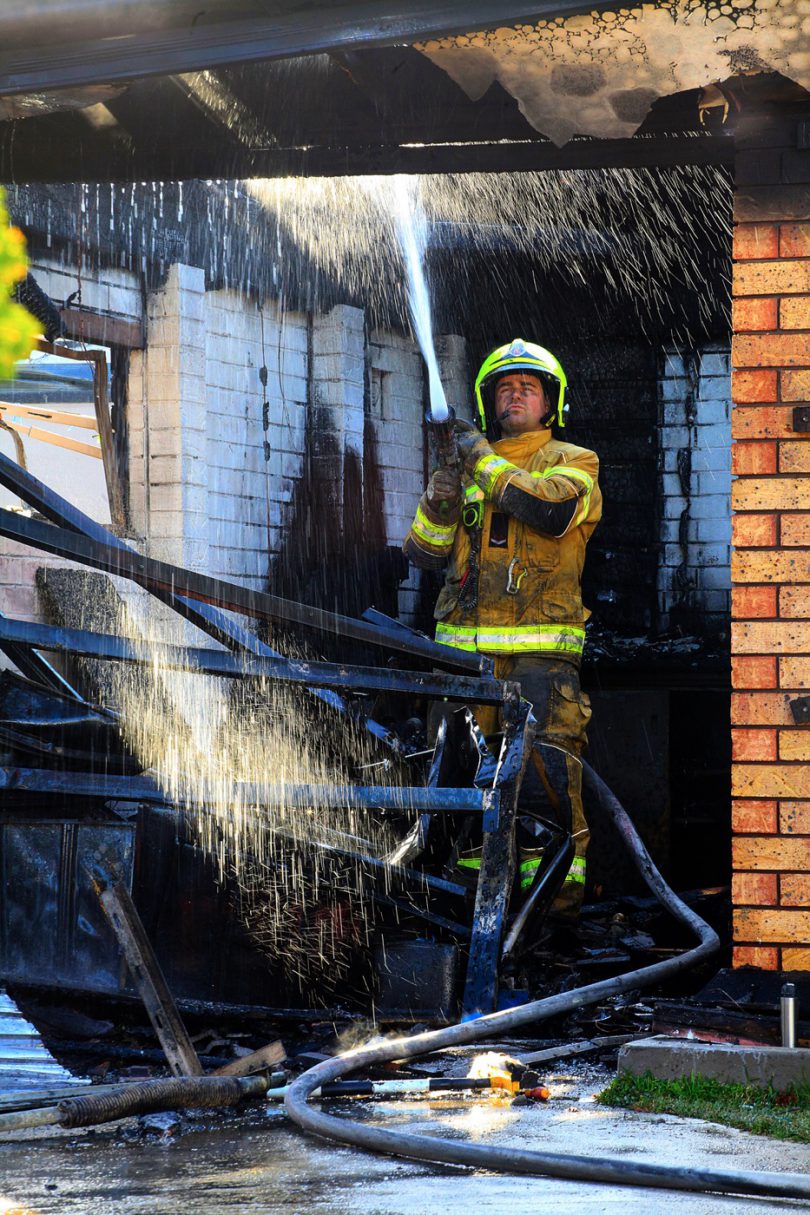 ONE man is dead and another had a lucky escape after two house fires in Clemton Park and Bass Hill in the last four days.

INVESTIGATIONS are underway after a 62-year-old man died in a unit fire in Clemton Park last Saturday.

Fire and Rescue NSW (FRNSW) crews from Lakemba, Ashfield and Campsie, were called to Biara Avenue just after 5am following reports of a fire.

The first firefighters on the scene pulled an unconscious man from the smoke-filled unit and performed CPR until the arrival of NSW Ambulance paramedics.

Unfortunately despite the efforts of first responders, the man who is yet to be formally identified, died at the scene.

Firefighters were able to extinguish the blaze however the unit sustained significant damage.

Police are investigating the incident and have asked anyone with information which may assist them to call Crime Stoppers on 1800 333 000, with all information to be treated in the strictest of confidence.

A blaze also ripped through a Doust Street home in Bass Hill just before 6am on Tuesday, September 1, although the resident there was able to escape to safety with the family’s dogs.

Arriving on the scene the first firefighters from Chester Hill and Bankstown, found the single level house well alight, with flames coming through the roof.

Neighbouring properties were also evacuated, as crews from six stations were called in to battle the fire which took more than 90 minutes to extinguish.

FRNSW’s Fire Investigation and Research Unit is investigating the cause of the fire, but a spokesperson said it was a timely reminder for all residents to test their own smoke alarms, not to leave cooking unattended, and not to overload power boards with appliances.