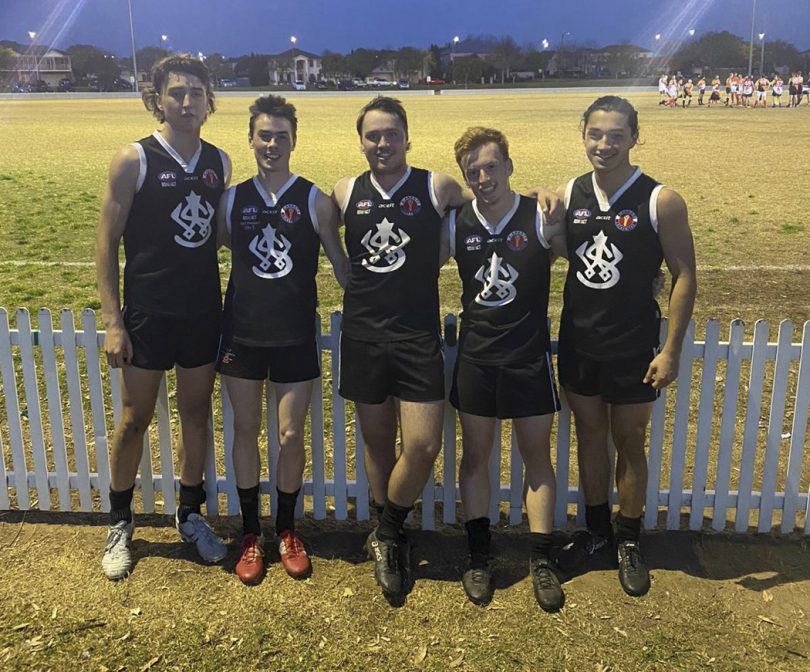 WITH the Magpies needing a big win and relying on other results to make the finals, they came out fast and headed into the first break with a 12-point advantage in the Premier Division Men’s game against Camden at Fairfax Reserve on Saturday.

They also put their foot down with a strong second quarter, heading into the main break with a 40-point advantage and running away with a strong 90-point victory at the end.
Unfortunately, results didn’t go the Magpies way so this was the Magpies last game of the year – finishing just outside the top five on percentage but after learning so much this season, will come back bigger and stronger in 2021.
Inner West Magpies 21.9.135 defeated Camden 6.12.48.
Best players: Ben Klemke, Jayden Klemke, Matthew Klemke, Kai Watts, Joshua Robinson and Andrew Eurell.
In the Premier Division Women’s game, the Magpies took on Southern Power at Waratah Oval in a second against third clash.
The Magpies were coming off the back of a strong victory with the expectation they would continue to build the momentum going into the finals but this was not the case.
At half-time the messaging was simple – Southern Power were only four goals up so lift the intensity.
To the Magpies’ credit, they did this and outscored four goals to one in the second half but not enough to take the game.
The Magpies live to fight another day and take on North Shore in an elimination final this Sunday.
Inner West Magpies 4.3.27 defeated by Southern Power 5.6.36.
Best Players: Eilish Sheerin, Tracy Rantall, Erin Todd, Elyse Glynn, Olivia Cole and Amelia Causley-Todd.
Further details at innerwestmagpiesafl.com.au.