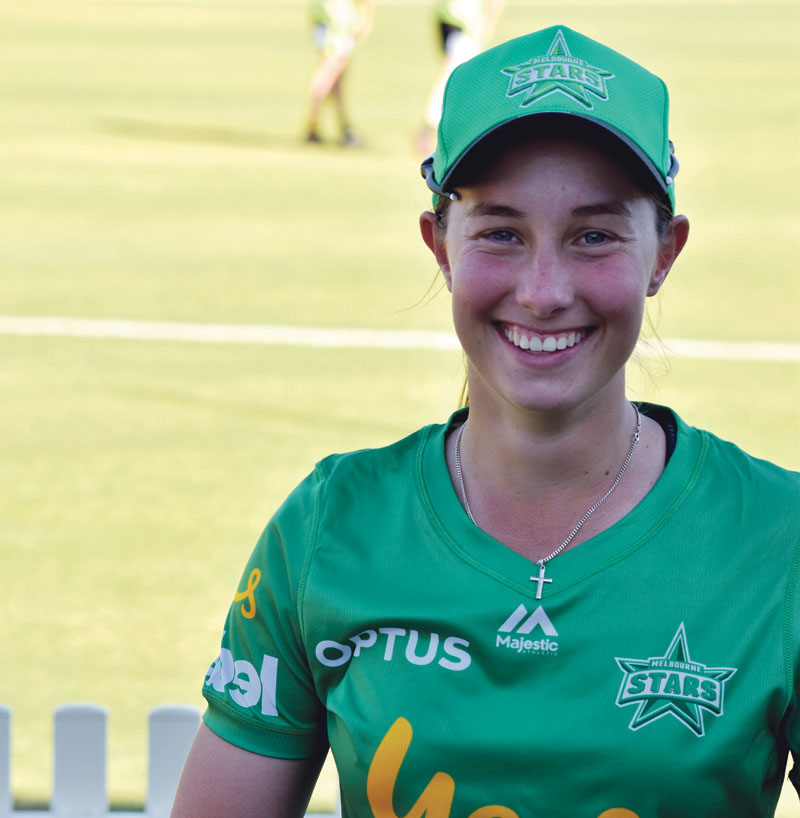 BANKSTOWN Sports Women’s Cricket Club’s Madeline Penna, 19, has spun her way through the Sydney Thunder’s batting line up to collect the best bowling figures for the weekend.

She took 4 for 20 off four overs in Sunday’s Women’s Big Bash League match between the Sydney Thunder and Melbourne Stars at Bankstown Oval.
The Bankstown Sports WCC first grader made her WBBL debut Saturday afternoon for the Melbourne Stars against the Sydney Sixers at Hurstville Oval but it was on her home ground at Bankstown Oval, where she put her team in a winning position against an experienced Thunder team.
Maddie’s WBBL call up tops off a fantastic start to the season after making her Women’s National Cricket League (WNCL) debut in September for the ACT Meteors; all of this comes on the back of knee surgery last season.
The Sydney Thunder came away with the win with two balls to spare in front of a crowd of 606 people.