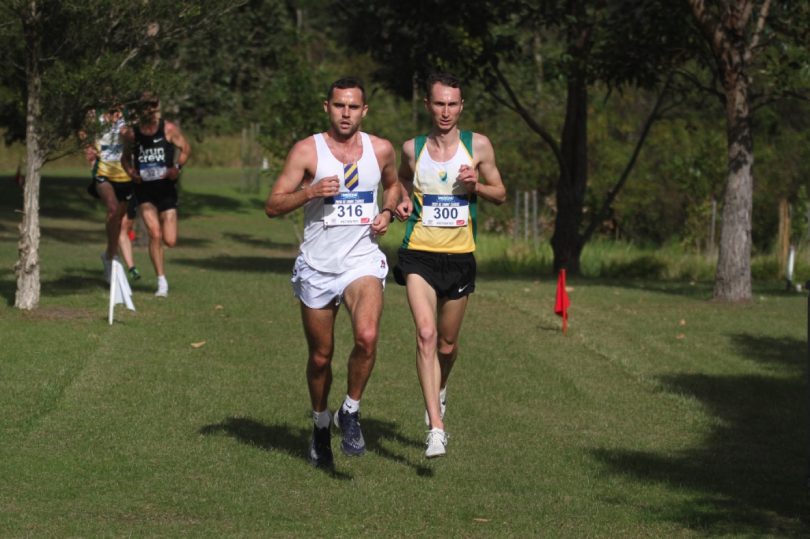 SHAKING off the Covid cobwebs, runners from both the Bankstown Athletics Club and the Illawong-Revesby Athletics Club, made the most of bumpy tracks at the Athletics NSW Short Course Cross Country Championships to bring home a stack of medals.

Held in West Dapto on Sunday, July 18, it was the first major athletics event since March when the coronavirus outbreak saw the cancellation of the NSW Little Athletes State Championships and the Junior and Senior National Championships.
Illawong-Revesby’s Imogen Stewart picked up gold, winning the Under 16 Women’s 3km race, while Kobe Stewart took out the Under 13 Boys 2km event although he said training during lockdown had been tough.
“It has been hard to motivate yourself without others and my squad,” he said.
A late surge from Bankstown’s Adam Williams was enough to secure victory in the Under 16 Boys 3km, and Rorey Hunter finished first in the Men’s State Open 5km race, admitting he was “pretty nervous” after such a long break.
“It is not a huge race, but there are a lot of great guys here and good talent and you want to put on a show with them. It was real good fun,” he said.
Bankstown’s older runners also shone, with John Walton taking line honours in the Mens 70-74 4km, James Harrison winning the Mens 75 plus 4km event, and Dot Siepmann victorious in the Women’s 75 plus 4km.
The next major Athletics NSW event will be the State Cross Country Championships at Nowra on August 8.