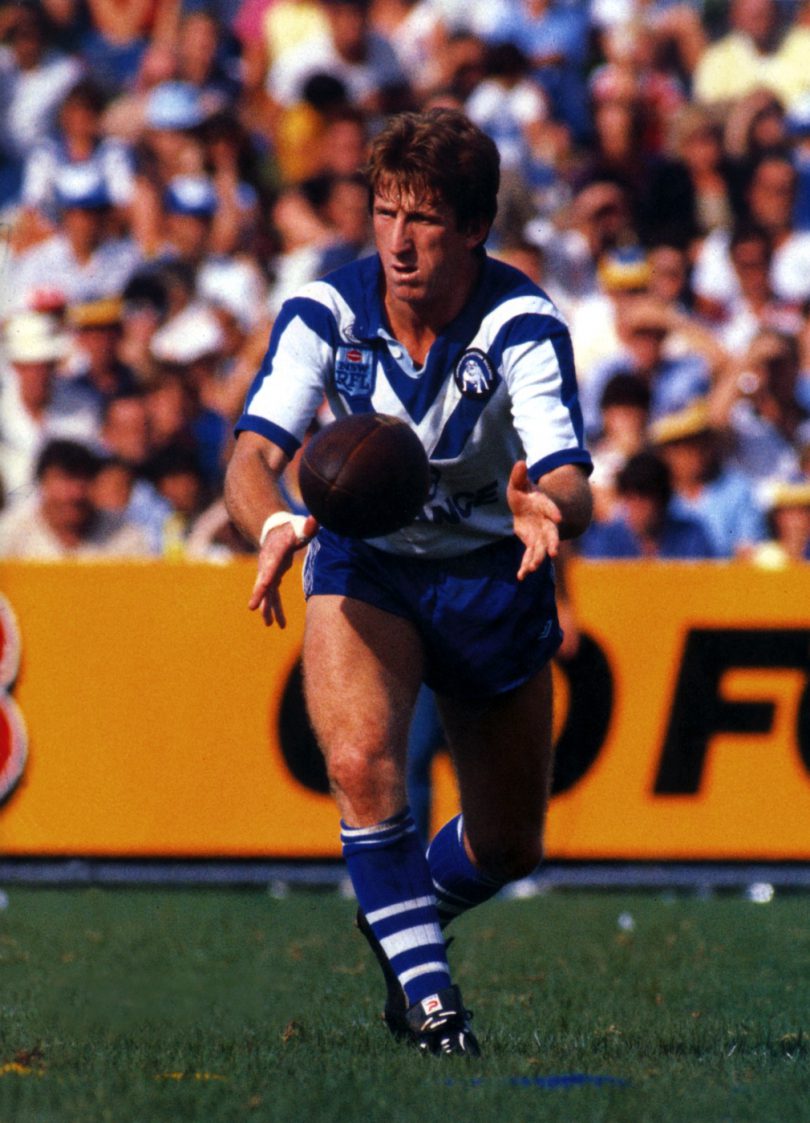 With some players at odds with the game’s leadership over the adaptation of the six-again rule and the crackdown on head-high contact, Mortimer thinks the move is long overdue saying all the mothers will now sleep better at night.
“I’d been hit in the head, neck and shoulders many times over the years and the attitude always was ‘lets just see how you go’,” he said.
“I think V’landys’ tough stance is a very good thing for the greatest game of all.”
V’landys said the NRL was hellbent on ensuring high contact was eradicated just like punching was virtually eliminated from the game following the automatic sin bin edict in 2014.
“We will not tolerate any hit above the shoulder, on the neck or the head region. Any foul play will be penalised heavily. We’re going to get all that out of the game,” he said.
It’s definitely music to Mortimer’s ears but he considers himself one of the lucky ones.
“I’ve got a great doctor in Panania who said I’ve probably had this now for eight or nine years although I stopped playing years ago and am nearly 65,” he said.
“I’m following doctor’s orders, taking a few pills and trying to be as healthy as possible, walking the dog, going for a run and my wife still thinks I’m ok so that’s the main thing.
“In the 70s and 80s, they cared more about the popularity of the game and how much money they were making; they never took the long-term effects of head injuries on the players into consideration so I’m really pleased that now everyone will know that you don’t go anywhere near the neck or shoulders.”