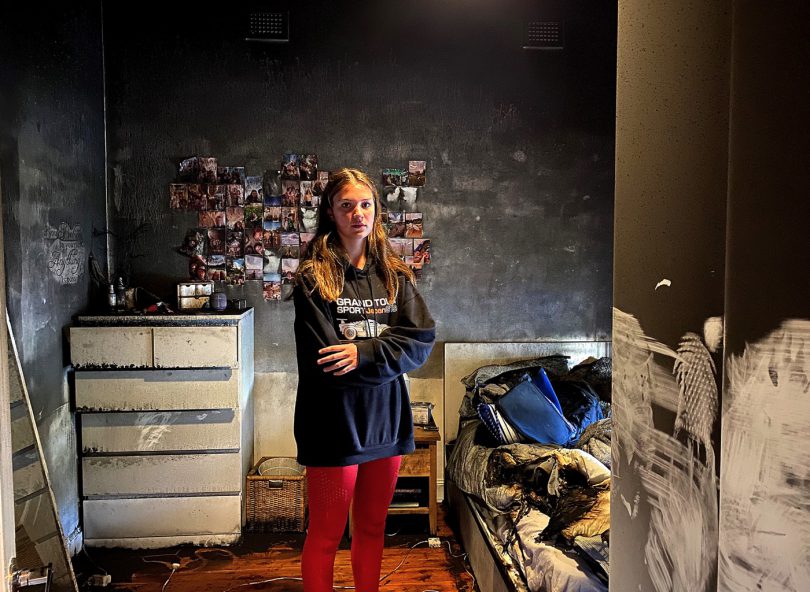 A WORKING smoke alarm and a closed door which starved the fire of oxygen, are most likely what saved a Marrickville home from being lost about 11am on Monday.
Off-duty firefighter Robert Susnjara, who lives two houses down from the home on Bright Street and was home having some work carried out on his house, was alerted to the smoke alarm going off in the family home which his tradesmen heard from their van parked out the front.
Fearing the worst, Mr Susnjara ran to the house, smelling the smoke but there was no obvious signs of fire.
“I looked through the window and I could see the smoke so I turned off the power and gas before calling the neighbours, they had left about an hour and a half earlier, who told me where to find the key,” he said.
“My tradies had called the fire brigade who arrived but by then the fire was smouldering.”
Mr Susnjara said it was lucky that the bedroom door was closed and lack of oxygen snuffed out the fire.
“The bed had started to catch fire too but burnt out after about 15 minutes.”
The family, Derek and Loren Strydom and children Isabella, 15, and Riley, 12, are relieved the fire didn’t happen at night or when one of them was home alone.
“We are just so happy that no one was injured and that the fire was restricted to Isabella’s bedroom which we had just upgraded but everything is replaceable,” Mrs Strydom said.
“Isabella is a bit emotional about the loss of her computer and we can’t stay in the house at the moment as there is smoke in every crevice of the house except the fridge.
“It is such a great example of our community watching out for others and we are very grateful to have firefighter Robert as a neighbour.”