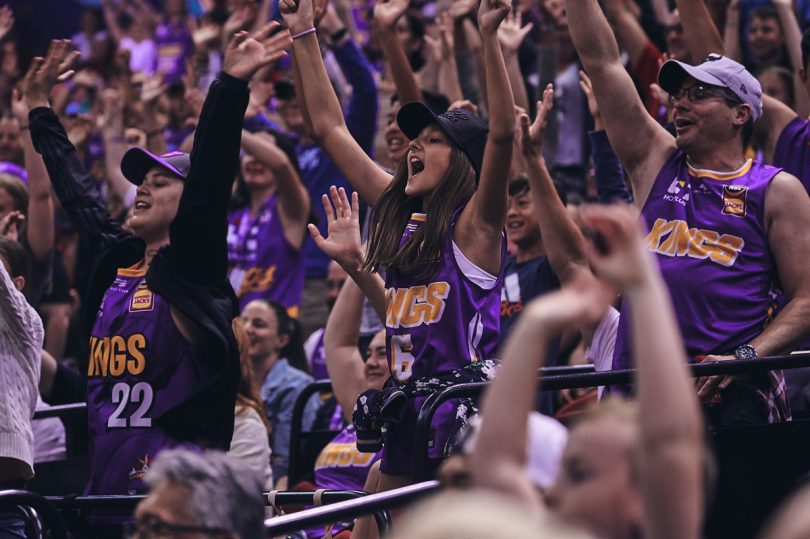 THE Sydney Kings have won their fourth title after a clean sweep over the Tasmania JackJumpers in the Grand Final series.

The Kings won the final decider 97-88 last Wednesday night at Qudos Bank Arena in front a huge and vocal crowd of 16,149.
They then joined fans and members at Circular Quay on Saturday to celebrate the win and also announced the players’ awards.
The Kings Clubman of the Year was Fleur McIntyre. She is the first woman to be a part of an NBL championship team and has been the glue that held the team together, as head coach Chase Buford said.
Her passion, empathy and love for all the players and staff this season and been second-to-none and have been an integral part of what got this team over the line.
Jaylen Adams and Xavier Cooks are co-recipients of the Members Player Award, the regular season MVP and Grand Final MVP respectively have won the championship but also the hearts of our members.
The Most Valuable Player was none other than Jaylen Adams. The Andrew Gaze MVP and club MVP turned the Kings’ season around once healthy and had some of the most clutch plays in Kings history this season.
From the three to win the game in Adelaide, to the dunk of the season against the Brisbane Bullets, to getting the team past the Illawarra Hawks in the semi-finals, Jaylen Adams is the club MVP.
The other awards for the season were Players Player, The Coaches Award and The Defensive Player of the Year. Shaun Bruce was awarded with the Players Player Award and Xavier Cooks was both the Coaches Award recipient and Defensive Player of the Year.