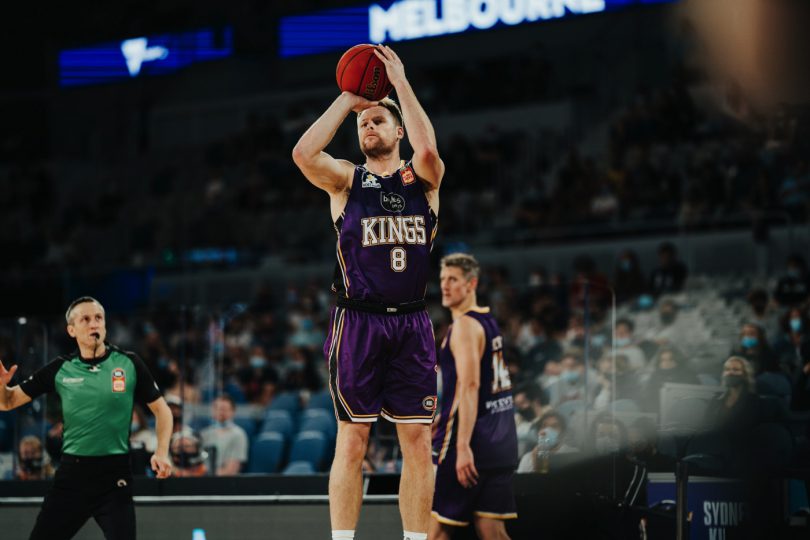 SYDNEY coach Adam Forde admits there is a gap between his side and NBL leaders Perth after watching the Wildcats run roughshod over the Kings who went down 89-65 on Sunday at Qudos Bank Arena.

After the two teams went toe-to-toe in the first half, Perth’s trademark stifling defence did a number on the purple and gold, restricting them to just 21 points in the second half.
Sydney actually took a 51-48 lead early in the third quarter thanks to a three-pointer from Jarell Martin (18 points, three rebounds) and a strong drive to the rack from Casper Ware (six points, six assists).
Then Wildcats star Bryce Cotton ran riot to lead Perth to their seventh consecutive win and their 11th in their past 12 outings.
Out-rebounding Sydney 51-32, the Wildcats grabbed 19 offensive rebounds on the night, an area that Forde pointed to as a big reason why his side suffered their fourth straight home defeat to Perth.
“Everything is fitting in nicely, but we’re so far off the back from where we need to be as a rebounding team,” he said.
“And this is the difference right now between winning and losing. I feel like it’s as black and white as that.”
Despite the disappointing result, the Kings fired off eight three-pointers for the game resulting in $800 going towards to the NSW Flood Relief.
Round 12 sees a road game against arch-rival Illawarra Hawks on Thursday at the WIN Entertainment Centre before they return home to resume hostilities against the Wildcats on Saturday at Qudos Bank Arena.