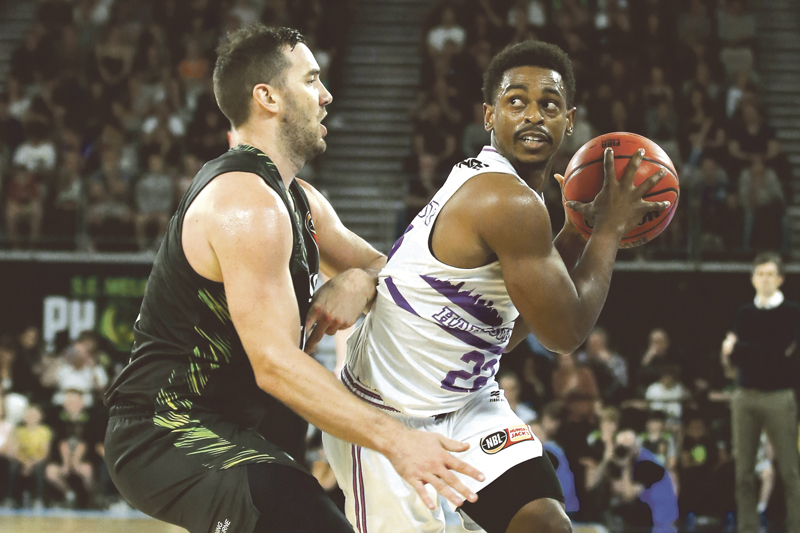 OUTLASTING a relentless second-half push by the South East Melbourne Phoenix, the Sydney Kings have escaped with a 90-86 win away from home on Saturday night.

The Kings led by 18 at halftime, thanks in part to a spectacular second quarter performance anchored by Andrew Bogut, who scored all nine of his points in the period, as well as a pair of monster dunks from Didi Louzada.
There was also a trademark Casper Ware to Bogut alley-oop jam and Ware bombing away from long distance in a show that the Phoenix appeared helpless to stop.

However the home-side made a ferocious comeback to snatch control from the Kings and push them right up until the dying minutes of the game.
Ware led the scoring for the Kings with 25 points and four assists including the winning shot with 40 seconds left, while Jae’Sean Tate also had another outstanding game with 24 points plus eight rebounds.

On Sunday, in front of another big crowd at Qudos Bank Arena, the Kings will take on Melbourne United – the team that has given them their only loss so far this season.