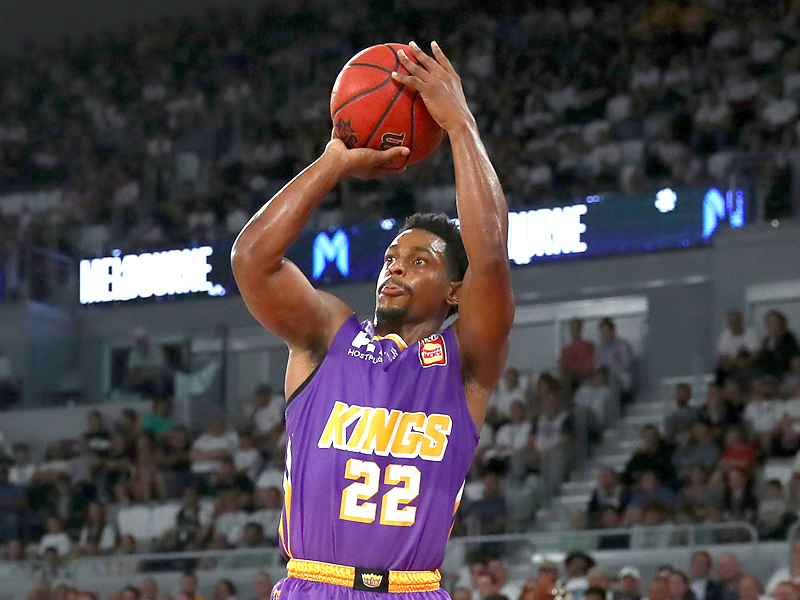 MELBOURNE, AUSTRALIA - DECEMBER 14: Casper Ware of the Kings shoots during the round 11 NBL match between Melbourne United and Sydney Kings at Melbourne Arena on December 14, 2019 in Melbourne, Australia. (Photo by Kelly Defina/Getty Images)

SNAPPING back after losses last week, the Sydney Kings have reminded everyone why they are leading the NBL standings after smashing Melbourne United 104-81 at Melbourne Arena on Saturday night.

The win was Sydney’s biggest in Melbourne for more than 17 years and their first against United in Melbourne in the past eight games.

Andrew Bogut was hamstrung by foul trouble for most of the night and played just 10 minutes but impressive defence from the Kings, restricted Melbourne to just 36 points at the half and stymied them at almost every turn.

However the Kings’ offensive game was just as strong, led by another amazing performance from Casper Ware who finished with a game-high 28 points.

Ware – who also added three assists and three rebounds – also had plenty of help from his teammates, with 11 Kings players on the scoresheet.

Debutant Xavier Cooks showed his style with a two-handed throwdown to open his scoring account in the NBL in the first period.

Looking forward to this Saturday, Sydney faces another difficult challenge in Round 12 as they travel north to take on the Brisbane Bullets before returning home for a Monday night for a battle against the South East Melbourne Phoenix, at Qudos Bank Arena.