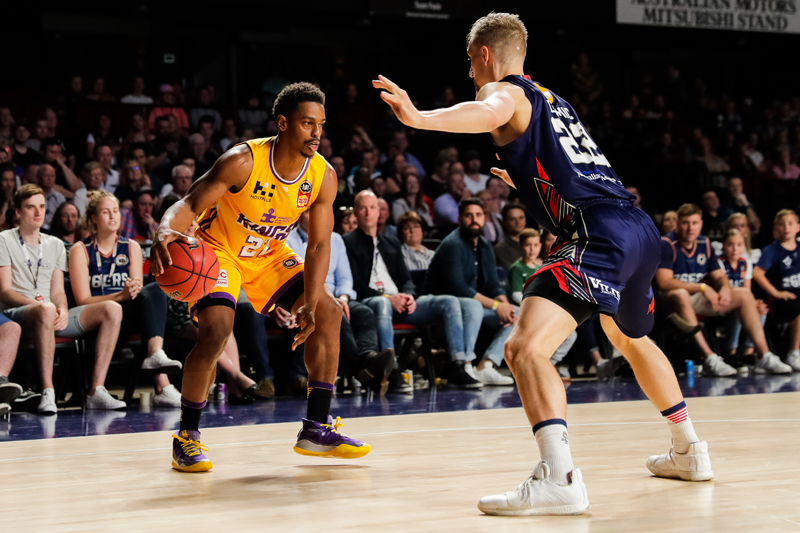 ADELAIDE, AUSTRALIA - NOVEMBER 02: Hunter-Jack Madden of the Sydney Kings drives to the basket during the round five NBL match between the Adelaide 36ers and the Sydney Kings at the Adelaide Entertainment Centre on November 02, 2019 in Adelaide, Australia. (Photo by Daniel Kalisz/Getty Images)

THE Sydney Kings have recorded their best start to an NBL season for 16 years with a thrilling 98-96 overtime win over the Adelaide 36ers in an historic night at the Adelaide Entertainment Centre.

It was the sixth straight win for the unbeaten Kings and they will hope they can repeat their best start to the season since 2003 when they began their campaign 7-0 and went on to win the NBL championship.
A crowd of 8,252 packed into the Adelaide Entertainment Centre, the biggest ever attendance for an NBL game in Adelaide and they were treated to the best match up of the 2019/20 Hungry Jack’s NBL Season so far.
After a see-sawing final quarter, the 36ers had a chance to win the game at the end of regulation time but an Anthony Drmic put back lay-up just missed, sending the game to the first overtime of the season.
Led by Casper Ware, Sydney’s firepower took over in the extra period, as Will Weaver became the second coach in the past 35 years to start his NBL coaching career 6-0.
The Kings’ starting five were spectacular, led by reigning MVP Andrew Bogut (18 points, 12 rebounds) and well supported by Didi Louzada (17), Jae’Sean Tate (16), Brad Newley (15) and Ware (14).