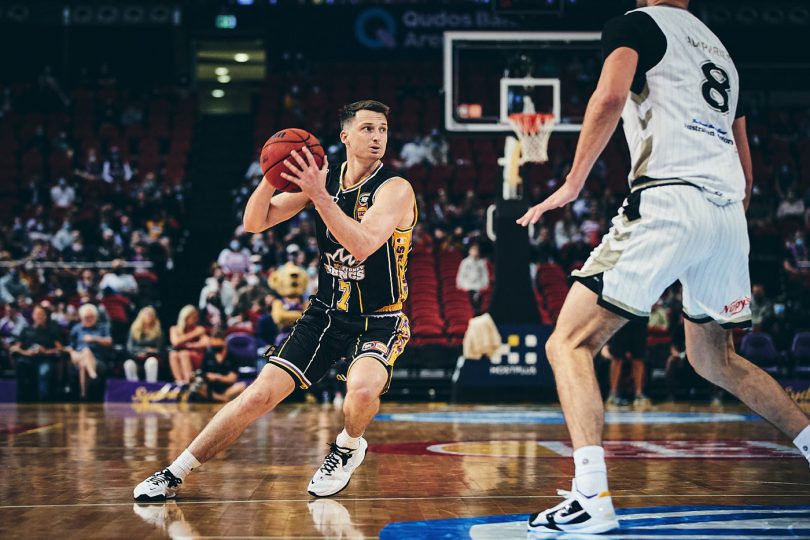 THE Sydney Kings will take on reigning champions Melbourne United in a blockbuster opening round of the 2021-22 Hungry Jack’s NBL Season at Qudos Bank Arena on Sunday, December 5.

Highlights of the Kings’ home schedule include 10 family-friendly Sunday afternoon games, three Saturday games and a minimum of six double-header games locked in with the Brydens Sydney Uni Flames to which Kings ticket holders will have access. The Kings will also host five games during the school holiday period, including an inaugural Boxing Day clash.
Kings CEO Chris Pongrass is looking forward to welcoming Sydney fans back through the doors to Qudos Bank Arena in just a few short months.
“Sydney and broader NSW have had a challenging couple of months, but with restrictions easing and live basketball returning to the Hoops Capital, the anticipation for the season is higher than ever before – we all have something to look forward to starting in December,” Pongrass said.
“The off-season has been a major success from a basketball perspective – recruiting a new Head Coach Chase Buford, re-signing multiple key pieces from NBL21 in Xavier Cooks and Jarell Martin, a fresh set of NBA-calibre talent in Jaylen Adams, RJ Hunter and MK Maker, along with a number of electrifying young prospects.”
The Kings are also excited about the six double-header games with the Brydens Sydney Uni Flames.
“Unable to activate these games last season, it was a priority for us to have Kings and Flames playing together and allow our fans the opportunity to experience both of Sydney’s professional basketball teams in the one venue,” Pongrass said.
“Our players are eager to play in front of the best fans in the best arena in Australia, Qudos Bank Arena. Fans can rest assured that we will continue to take all necessary precautions to ensure a safe and enjoyable experience.
“We cannot wait to see all of our members and fans at games.”