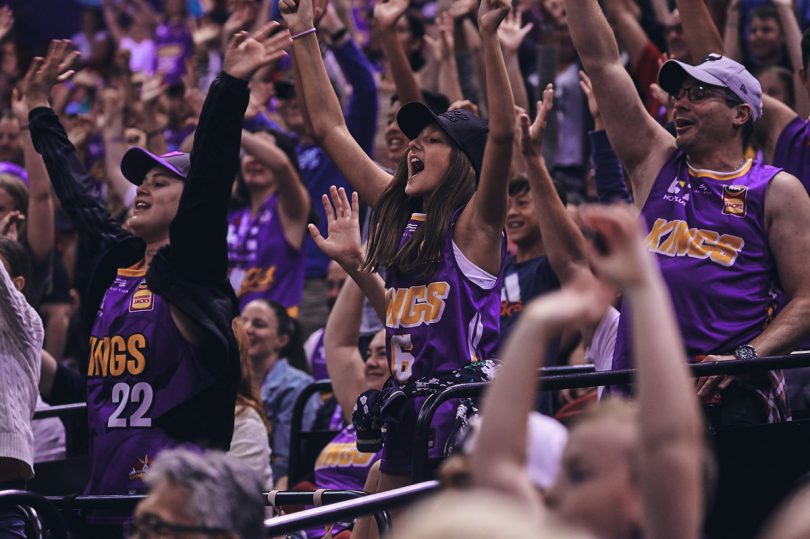 BOUNCING back from four straight losses, the Brydens Lawyers Sydney Kings have responded in the best possible way with a 97-73 blowout victory over the Brisbane Bullets on Sunday afternoon at Qudos Bank Arena.

Defence was definitely the platform on which the win was built, highlighted by Sydney’s absolute dominance of the airspace.  The Kings registered an astounding 12 blocked shots, equalling the fourth-most rejections in a single game in franchise history.
“X (Xavier Cooks) got about half of those and he was absolutely terrific for us, in the paint and around the rim,” Coach Chase Buford said.
The Kings restricted Brisbane to just 32 points in 20 minutes, contesting everything at the rim and constantly forcing the Bullets to take tough jumpers.
Sydney’s energy and activity wore out their opponent as they grabbed a 21-point lead at intermission, their advantage keyed by Cooks (13 points, 12 rebounds, five blocked shots), Jarell Martin (19 points, 12 rebounds, four assists, three steals) and Jaylen Adams (17 points, six rebounds, five assists).
And then the third quarter turned into a showcase for Dejan Vasiljevic (team-high 23 points, two rebounds, two assists), who unleashed his deadly perimeter game on the hapless Bullets.
Brisbane’s last quarter flurry mattered not, as the purple and gold came through with arguably their best effort of the season.
The Kings next do battle with the Perth Wildcats at Qudos Bank Arena on Sunday, January 30, from 3pm.