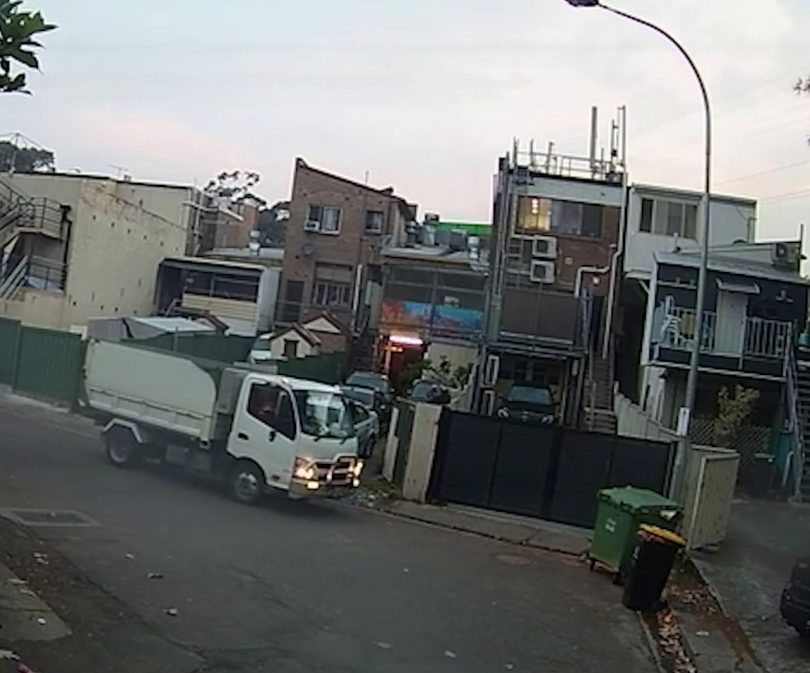 Police have released photos of a truck that they believe may be connected to an alleged kidnapping and serious assault in Yagoona last year.

Police have released new CCTV footage as they appeal for more information into an alleged kidnapping and serious assault in Yagoona last year.
About 11.20pm on Thursday, October 31, 2019, a 28-year-old man was confronted by three men – two armed with firearms – outside a home on Cooper Road, Yagoona.
Following a brief altercation, the man was shot in the shoulder and forced into a white Holden Commodore.
Police have been told the man was bound, repeatedly assaulted and shot for a second time in the knee by the men, while being held in the vehicle.
The man was then dragged from the car and left injured in McPherson Lane, Carlton, before being found in a critical condition by emergency services just after midnight (Friday, November 1, 2019).
The man was taken to hospital in a critical condition but has since recovered.
Following initial inquiries by Bankstown Police, detectives from the Robbery and Serious Crime Squad took carriage of the investigation under Strike Force Keperra. They have so far charged two men, aged 27 and 28, in relation to the investigation and they remain before the courts.
As investigations into the alleged kidnapping and assault continue, police have released CCTV vision of a truck that they believe may be connected to the incident.
Police would like to speak to the driver who may be able to assist with their inquiries.
Anyone with information that may assist Strike Force Keperra detectives is urged to call Crime Stoppers on 1800 333 000 or use the Crime Stoppers online reporting page: https://nsw.crimestoppers.com.au/. Information you provide will be treated in the strictest of confidence.