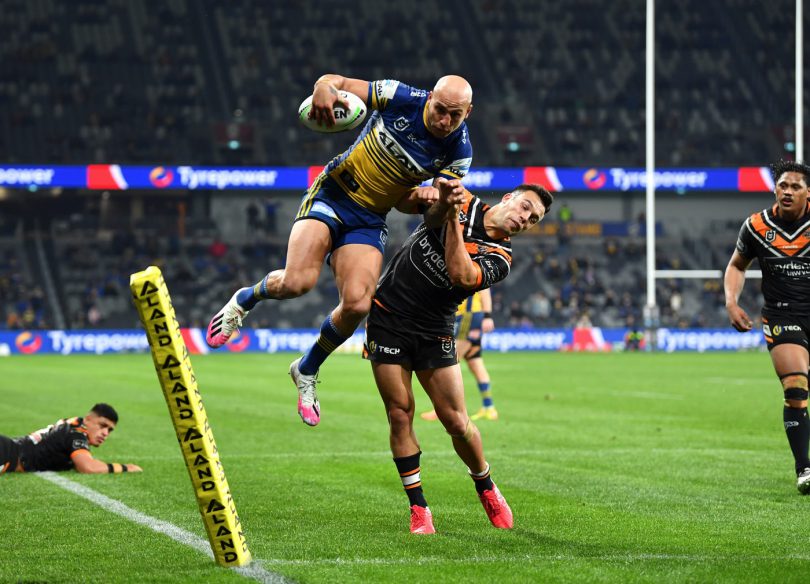 HAVING a former Socceroo in the Over 35s Men’s team, has helped put Auburn Sports Club on top of their Division one competition just four weeks into a revamped soccer season.

However club president Steve Elriche denied with a laugh that Ahmad Elrich – who played for Australia’s national team 17 times between 2004 and 2006 as well as for Fullum in the English Premier League – was a ‘ring-in’.
“He’s just a cousin,” he said.
“I am happy to admit he is helping our season so far though. He makes it easier for the rest of us to take it easy.
“We are family who have been playing together for a long time, and proof of that is that our Under 12s Division One team, who are also undefeated, are almost all kids from players in the Under 35s team.”
Admitting everyone was “just happy” to be back on the pitch after the season kicked off at the start of the month, Mr Elriche said with five children of his own, the return of community sport was a “huge relief”.
“Having the kids sitting at home and just playing playstation was traumatising for us as parents,” he said.
“We want our kids outside and playing. It was hard on the whole family. So it was very good for us to have a season kick-off at last.”
The club has a number of teams in the Granville and Districts Soccer Football Association competition including an All Age Women’s team, an Under 11s Girl’s team and a combined Under 13s team with both boys and girls.