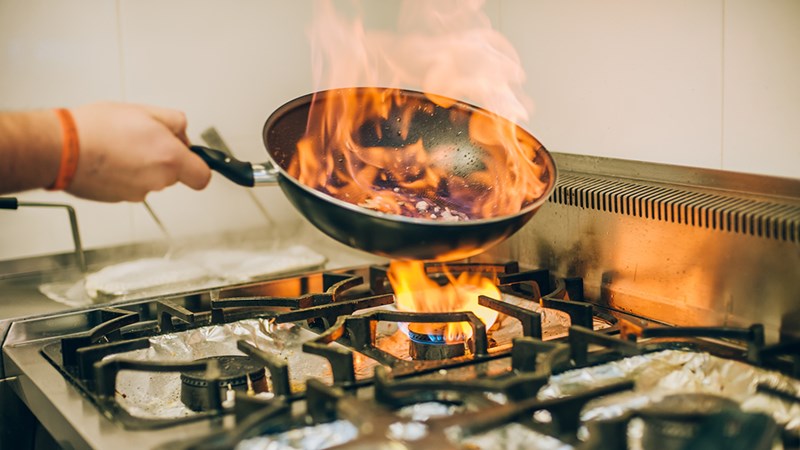 TWO people had a lucky escape after a fire broke out in the kitchen of a house in Guildford early last Tuesday afternoon.

Just before 2pm, Fire and Rescue NSW crews were called to the Station Street home and firefighters were able to quickly extinguish the flames and stop the blaze from spreading to other parts of the house.
Two people were inside the house when the fire started, with a man in his early 20s treated for smoke inhalation and the other person uninjured.
While the cause of the fire is yet to be confirmed, a spokesperson for FRNSW said it was important the community remembered to keep looking when cooking.
“If your cooking catches fire never use water to put out a fat or oil fire, turn off the stove if it is safe to do so and call Triple Zero (000),” he said.