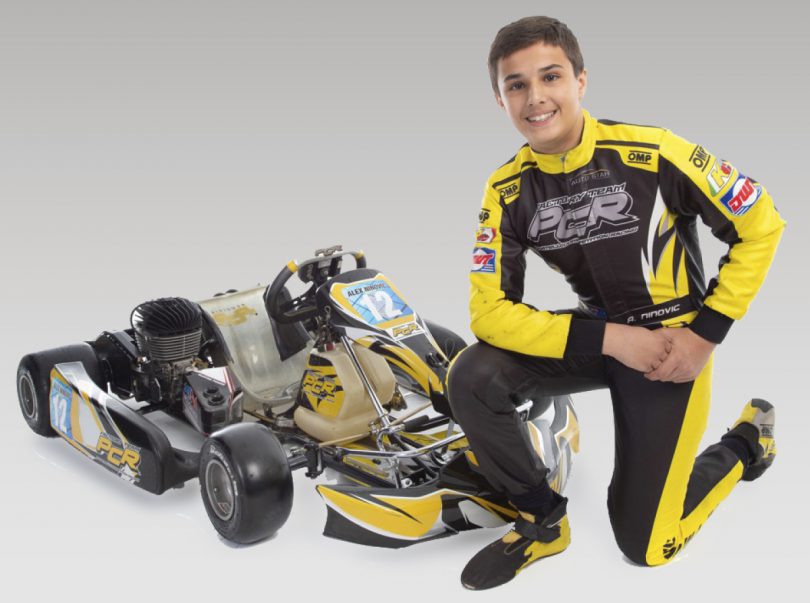 RIVERWOOD karting sensation Alex Ninovic will be taking on the world when he competes in the ROK Cup Superfinal in Italy this week.

His kart-racing journey started when he was eight years old and straight away, winning became a way of life. With his family’s support, the now 14-year-old continues to compete on the international stage where he hopes to one day be as good as his idol, Formula 1 champion, Lewis Hamilton.
Alex is the Australian KA4 champion and at only 14 years of age, it will be his second time contesting this prestigious event where in 2019, he was the highest placed Australian. With three rounds of this year’s championship contested, he has taken two outright wins and a third place giving him a 60 point lead – making him the champion elect for 2021.
One of the biggest events on the world karting calendar, the ROK Cup Superfinal will see the best aspiring drivers from around the globe pit their skills against each other at the South Garda circuit in the town of Lonato, in Northern Italy, over the next couple of days.
With some 500 entries from around the world competing, he returns with a lot more experience under his belt.
Having raced over the past two years with his dad at tracks around Australia and winning back to back titles, he has a better understanding of Kart tuning and set-up, giving them “added speed and winning results”.
Sponsored by leading Italian Kart manufacturer PCR, he will have two factory-prepared machines at his disposal.
PCR are delighted to again have Alex representing their kart brand at the ROK Cup Superfinal on “home soil”, with its owner Daniele Pignatelli saying his achievements in Australia are amazing, and give “PCR a powerful presence down under”.