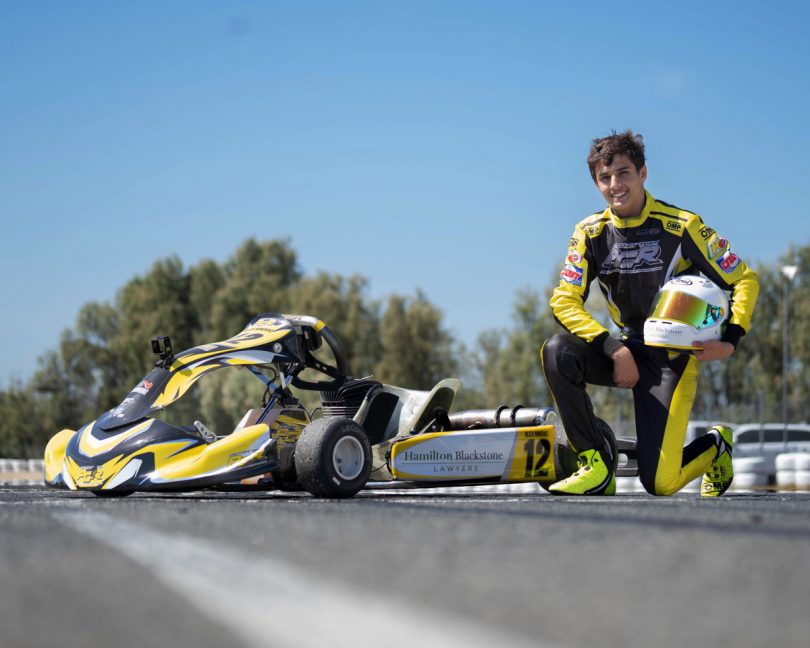 EASTER was extra sweet for Riverwood kart racing prodigy Alex Ninovic, 15, who powered ahead to Adelaide for round two of the SP Tools Australian Championship.

Going into this event in the KA3 Senior Unrestricted Class, he had a seven-point lead after a sensational introduction at round one in Victoria.
Keeping with the Easter tradition of giving, he showed the competition why he is the Australian KA4 National Junior Champion.
With five races contested, he took three wins and two second places to now lead this highly competitive class by 32 points.
Set to compete in round three of the championship in Victoria in June, Alex has also been recently made Junior Ambassador in the ‘Taking Speed Off The Roads’ initiative for driving training specialists Motivation Australia.
Founded in 1982 by motor racing champion Ian Luff, twice winner of the Bathurst 24hr endurance race, the initiative aims to reduce the catastrophic rate of 18 to 25-year-olds involved in car accidents.
Ian says Alex will use the race track as the legal playground to highlight correct driver skills and driving behaviour.
“He no doubt has a big future in his sport and the right attitude to succeed,” Ian said.
“He is certainly a fantastic role model even though he isn’t old enough yet to drive a car on the road.”