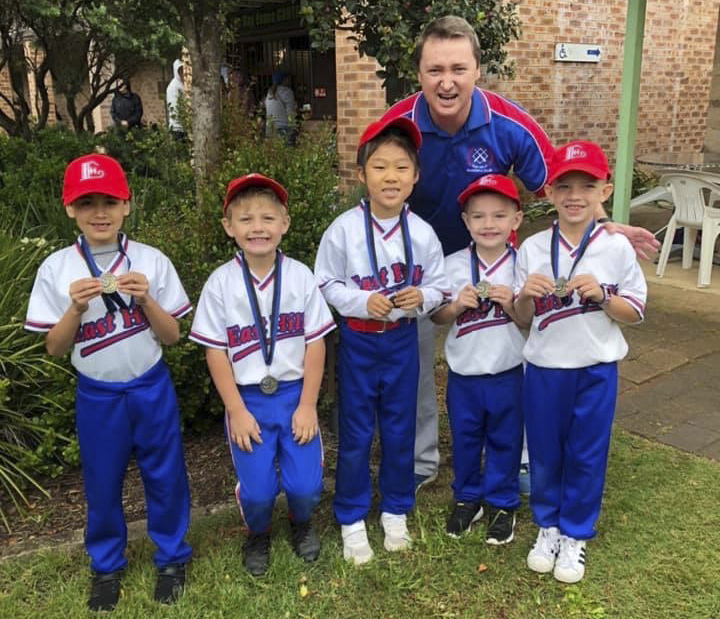 WRAPPING up a very successful summer baseball season, all of the East Hills (EH) Baseball Club’s junior teams finished in the top four of their respective competitions.

Playing in the Cronulla Sutherland Junior Baseball Association (CSJBA), the EH Newbies TBall coached by Wayne Trattles, moved up from the Minor TBall into the TBall Majors Div 3, winning all but one game in this division to finish as premiers despite their final game ending in a draw.
Also finishing as premiers, the EH Angels coached by Peter and Jill Archer, were undefeated in the CSJBA TBall Div 1 competition.
Peter said that each week the boys and girls improved their fielding, as well as their batting which gave them the winning edge they needed.
He said the East Hills Dodgers coached by Paula Bourke, played in CSJBA Minors Baseball Div 3, and also had a great season but were unfortunately defeated 5-3 by the Marlins in the grand final.
“The team was made up of a mixture of boys and girls, some experienced (and) some new to the game, but together they improved greatly over the season,” he said.

Peter also coached the East Hills senior Third Grade Redsox team in the Cronulla Sutherland Minor League Baseball Association (CSMLBA) senior competition, who dropped just three games in the season to finish equal first, but behind St Pats on aggregate.
A huge turnaround in the semi finals, saw EH Redsox beat St Pats convincingly to go straight through to the grand final, where they played nine innings over nearly four hours, bouncing back from being 12-2 down to finish 19-15 for a well-deserved win.