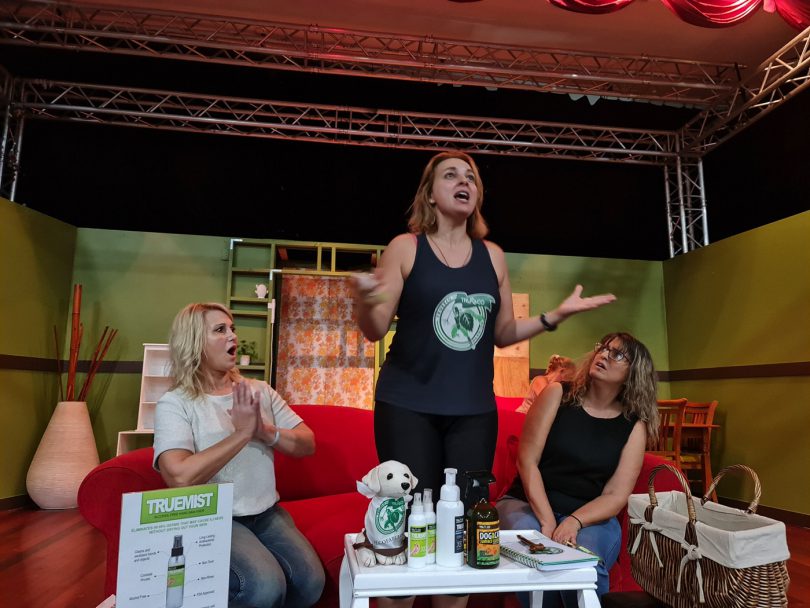 Maria and George are one such couple with a daughter but when you throw in the surprise arrival of a gay movie director brother and his secretary, a poetic cardiologist, a whinging cleaner, an hysterical debt collector, a ditsy hairdresser desperate for a husband and two quirky plumbers, you’re in for a rollicking good night.
Produced by the Dionysus Theatre Company, along with Crepe House Cafe, at Mytilenian House in Canterbury, ‘Your Mother’s Pension’ will be presented in Greek with English sub-titles.
One of the producer’s, Bankstown resident Maria Houliaras said Canterbury Bankstown had a huge Greek population and through this play, they hoped to connect with locals in the area.
“We know that, as Greeks, we love to have a good laugh at ourselves and our lives,” she said.
Director Lucy Miller said: “This play explores relationships, life, economic struggles and nuances that many Greeks and even families from other cultures experience; the laughs just keep coming and you don’t have to be Greek because of the sub-titles and the calibre of acting.”
It’s on offer from May 8-June 6, with tickets $25-$30 available from trybooking.com or call 0401 655 050.