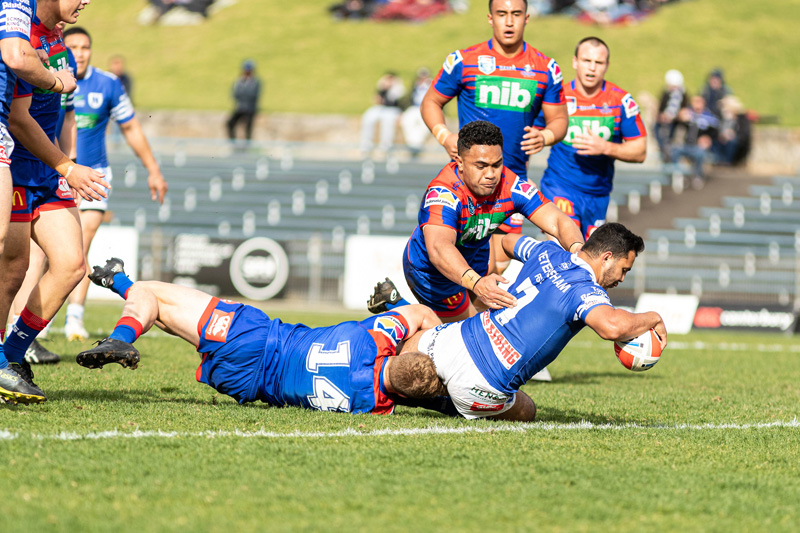 THE Newtown Jets will play Mounties in an elimination semi-final after scrambling for a 34-22 win against Newcastle Knights at Henson Park on Saturday.

Newtown ran up a 28-0 lead after just 25 minutes and dominated possession and field position.
They led 28-6 at half-time but had to scramble to defend that lead in the second half, with the Knights gaining a bigger share of possession and putting on three tries to trail 28-18.
Newtown had an 82 per cent completion rate in the first half but this fell to 62 per cent in the second 40 minutes.
Jet’s try-scorers included fullback Will Kennedy who scored twice, halfback Braydon Trindall, prop Wes Lolo, and second-rowers Teig Wilton and Scott Sorensen. Trindall converted four of these tries and kicked a penalty goal.
Newtown will play Mounties at Campbelltown Stadium this Saturday, September 7, at 12.45pm. The fourth placed Bulldogs will take on premiers St George Illawarra in the first week of the NSW Canterbury Cup finals. The match kicks off on Sunday at 1.10pm at Campbelltown Stadium.