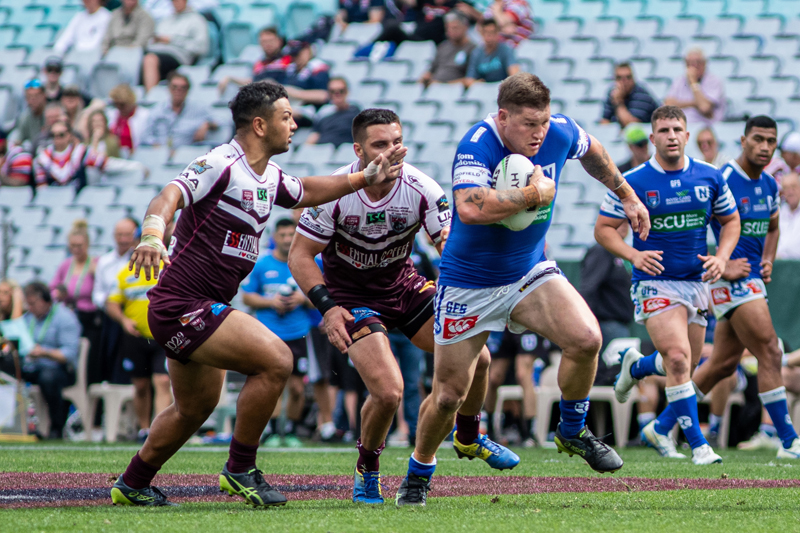 THE Newtown Jets can now lay claim to being the best rugby league team in Australia and New Zealand, outside of the NRL competition, following their sensational victory in the last seconds of the NRL State Championship Final played at ANZ Stadium on Sunday.

Newtown defeated the Queensland Cup premiership winners Burleigh Bears 20-16, after having trailed by 10-2 at half-time and 16-2 with 27 minutes remaining.
The Burleigh Bears looked to be in control when they led 16-2, but the Jets pulled back to trail 16-14 after winger Sione Katoa had scored two thrilling tries and centre Jackson Ferris had raced away to score after gathering up a Bears kick that had been charged down.
The Jets had several injury-enforced team changes to their Canterbury Cup NSW premiership-winning line-up. These changes in playing personnel affected the team’s cohesion and execution in the first half, but they saved their best football for the second 40 minutes.

Multi-skilled five-eighth Billy Magoulias was once again the match-winner, laying on a precisely-targeted chip kick in the last 20 seconds of play. Jackson Ferris seized the awkwardly bouncing ball and sprinted 50 metres to score the winning try, amid the jubilation of his team-mates and Jets supporters.
Newtown front-rower Toby Rudolf was the man of the match and received great support from Billy Magoulias, hooker Blayke Brailey, front-rower Greg Eastwood, fullback Will Kennedy (who had some outstanding moments in this game) and Sione Katoa.