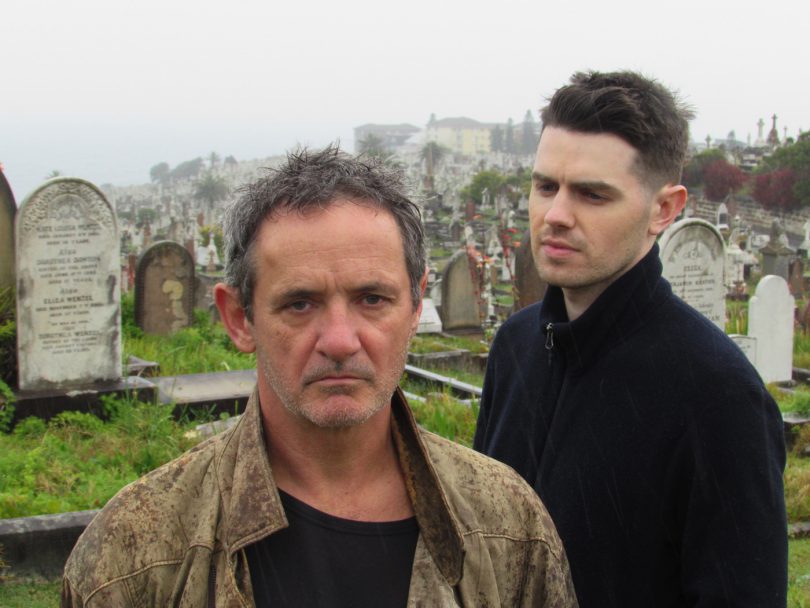 MARKING the debut of a new Inner West performance space in November, ‘The Silver Tunnel’ is a wild ride to heaven and hell and back set in a graveyard and inside Ashfield Uniting Church.

Penned by veteran actor, writer and filmmaker Warwick Moss, this darkly comic thriller is a play about suicide that celebrates life.
Sydney’s oldest graveyard’s seven tombstones … all suicides from the time of the First Fleet; old Harry is their ‘keeper’.
He’s tendered their graves for 34 years. He talks to them. They talk back. Now, he’s digging an eighth grave… who is it for?
With Ashfield Uniting Church home to the homeless, it is also the headquarters of Australian Living Treasure, the Reverend Bill Crews.
Crews has been fighting for the poor, homeless and needy for almost 50 years.
Starting off with the street kids in Kings Cross in the 1970s, he moved to Ashfield in the 80s and opened his Free Loaves and Fishes Restaurant at the church.
To this day, thousands of meals are served every week to the needy, while also providing free dental, medical and social services.
“The only thing that has changed since the Coronavirus is meticulous Covid-safe checks and social distancing,” Crews said.
“The numbers have actually increased as the recession bites. Church services are now mostly held outside as the pews have been removed and the church itself is now an Arts and Performance space.”
‘The Silver Tunnel’ is on offer from November 9-14 from 8pm. It’s free but bookings are essential on 8752 4636 or go to thesilvertunnel.com.