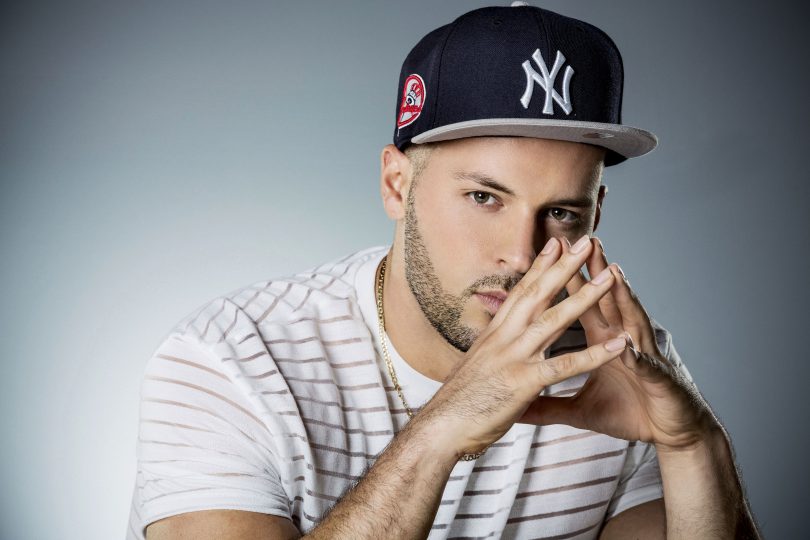 IT might be in Spanish but Danny Sanz’s uplifting rap song, ‘Muevelo (Corona Virus song)’, is inspiring viewers around the world since its release on May 1.
Born and bred in Bankstown, the former De La Salle student is multilingual thanks to his extensive travels and Macedonian and Puerto Rican grandparents.
In fact, Danny was shooting a video on another island in the Caribbean when the Coronona virus struck.
“We had to hide our filming from the police because that country which is under French control, was totally shutdown and I was lucky to get a flight back home on the last possible day,” he explained to the Torch.
“When I arrived back, I had to go in quarantine for two weeks and it was during that time that I took the song, which had been a work in progress for two years, to the next level.”
Guaranteed to entertain and inspire, the song’s video shows people in China, France, America and Mexico watching the news in their own languages in their lounge rooms when Danny appears to beam through their TVs with his music and stunning dance rap moves, inviting everyone to join along.
“The message is for everyone to keep moving, learn some dance moves and shake off the Corona fears but while still staying safe at home with their friends or loved ones,” he said.
“You don’t have to be a Spanish speaker to enjoy the performance or to take part in the routines.”
Concerned that Latin American governments are not paying any support to their jobless, Danny has also set up a competition where the best rap dancers can win $200.
“That is not a lot of money here but over there, $200 can make a huge difference,” he added.
To watch ‘Muevelo’, go to youtube.com/user/DMINUS5 or find Danny on facebook or instagram.