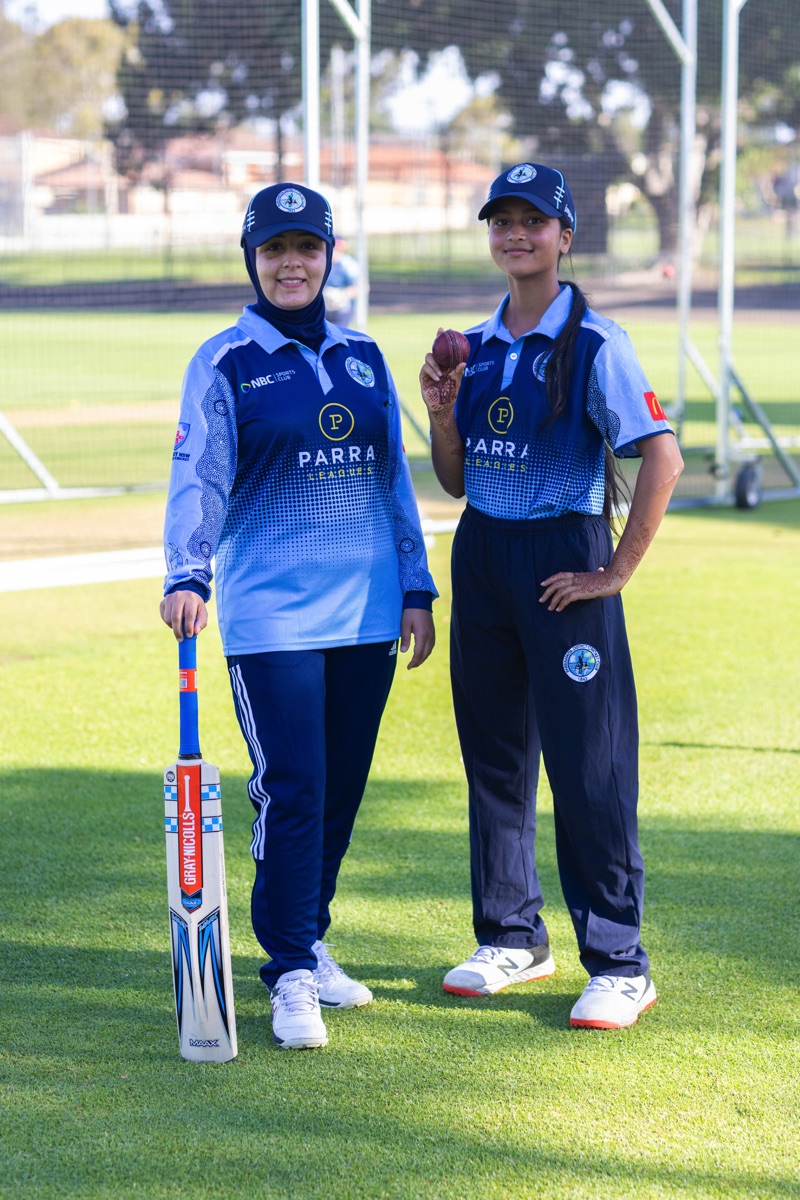 WITH a design showcasing local indigenous Dharug artwork, Parramatta Womens Grade Cricket Club (PWGCC) has introduced a new uniform to celebrate the traditional custodians of the Eora Region upon which they play.

Club vice president Debbie Pooley says the design raises an awareness of Australia’s past and local history.
“It adds to the diverse engagement of our communities and proudly recognises and respects our connection to the first Australians,” she said.
Beginning its journey less than a decade ago, PWGCC had humble beginnings with just a handful of junior and senior players but has now established a 1st, 2nd and 3rd grade side and an U/18s Brewers Representative team all playing in the Cricket NSW Sydney Womens Cricket Association.
PWGCC also features entry level Thunder League teams and is represented in the Parramatta District Cricket Association junior Saturday morning competition with all female sides playing in the traditionally male-populated competition.
Now highly competitive and winning a number of shields, the PWGCC believes its success can be attributed to the culture the club has developed during its infancy through providing an environment that is inclusive for all levels of athletic and skill abilities.
“The club strives to offer everyone an enjoyable game of cricket, with inclusivity and participation the key to our success as we develop our community within a community,” Pooley said.
“We also support two worthy charities, ‘It’s In the Bag Drive’ for Share the Dignity and the Trish Foundation which is working hard on a cure for MS.”
With the summer season now underway but with some spots still available, those interested in playing or finding out more, can visit parrawomenscricket.nsw.cricket.com.au or email parrawomenscricket@gmail.com.