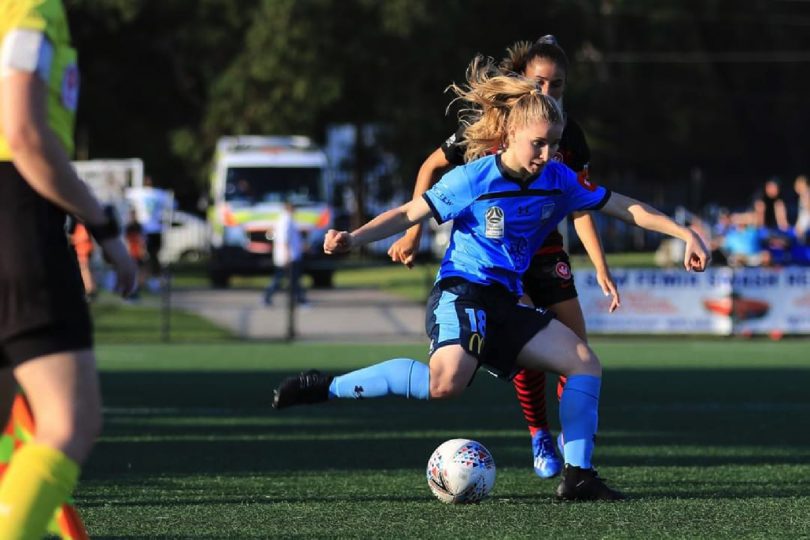 BACK training with her team has been a godsend for Sydney Olympic’s Young Matildas star Taylor Ray, 19, who has been recovering from injury but determined to stay on top of her fitness.

“Getting back to training has allowed players to plan for a hopeful commencement of the National Premier League NSW Women’s season with Sydney Olympic,” Taylor said.
The Covid pandemic has not been been the only setback for Taylor who suffered a second knee ligament injury in the space of two seasons but her determination got her back up and playing with Ante Juric’s Sydney FC side later in the recent W-League season which saw her play finals football.
Since going into lockdown, a big focus for Taylor was completing her Masters in Personal Training course, as well as completing a training schedule comprising field sessions, gym work and yoga/recovery work.
“In one way it was a great opportunity for athletes to work on the weaker aspects of our game, whether that’s on or off the field,” she said.
“It gave us time to reflect which I enjoyed but it was very weird, going from W-League to nothing.”
When restrictions eased, Taylor joined up with fellow Sydney FC teammate Amy Sayer to push themselves even harder training at home.
“We’ve both got great home gym set ups and also did a bit of cooking together since nutrition is so important for what we do; I’ve even discovered freekeh which is a grain that’s incredibly high in fibre and protein.”
In her 14th season after starting the game as a four-year-old, Taylor added: “I missed the game so much; there’s so many things about football that makes it an amazing sport, playing along quality players that are some of your best mates is something I love doing and can’t wait for the season to start again.”