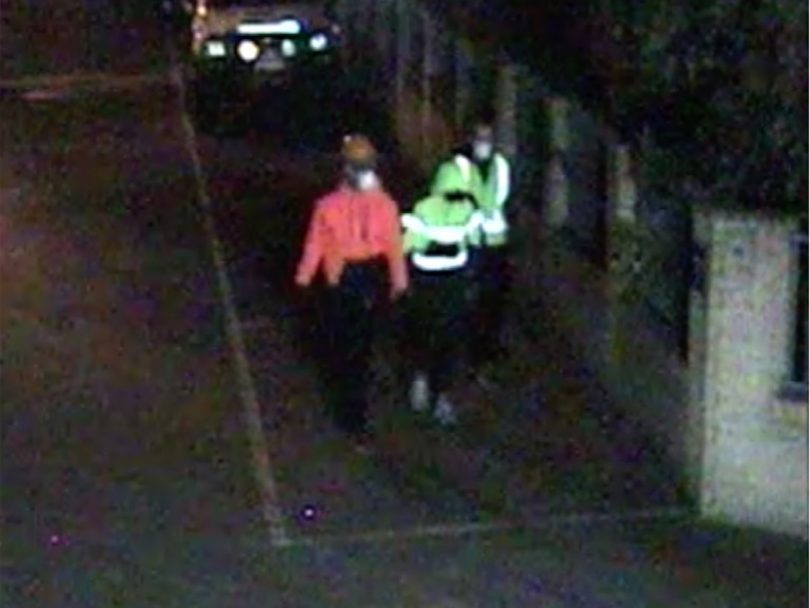 POLICE have released images of three men and a black Mazda 3 as they investigate a home invasion in Bankstown earlier this year.

About 7.50pm on Tuesday, July 13, two men, aged 36 and 67, and two women, aged 26 and 66, were at a Greenwood Avenue house when three unknown armed men entered the rear yard of the property.
After two male residents were bound with cable ties and assaulted, the group demanded money and ransacked the house.
The men were wearing high visibility hooded jumpers, black tracksuit pants, face masks and gloves, and driving a black 2013 Mazda 3 hatchback with a bonnet scoop and rear spoiler as they fled the scene.
The two residents were taken to hospital with cuts and grazes, before they were released.
Anyone with information is urged to contact Crime Stoppers on 1800 333 000.