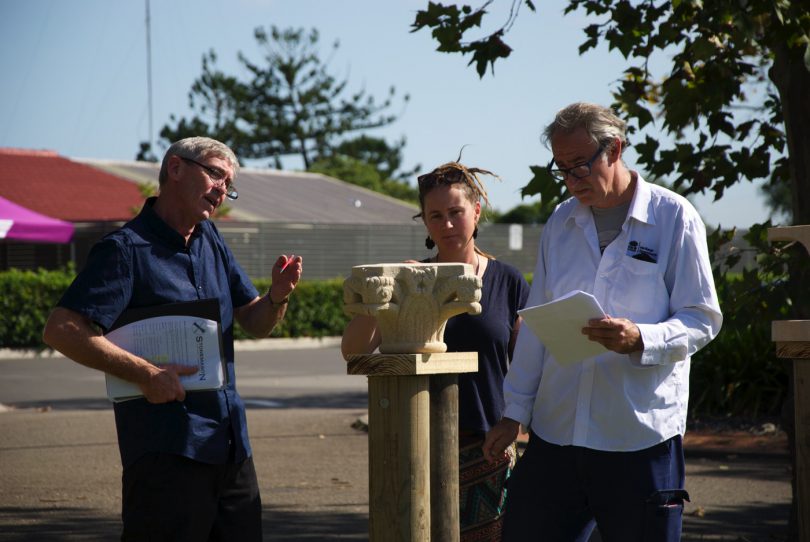 SET against a backdrop of heritage rose gardens within the picturesque Rookwood Cemetery, stonemasons from across the State have put their unique hand-carving skills on show.

Over the summer months, the stonemasons competed in the inaugural Stonemason Carving Competition to hand carve a snapshot of an existing or original architectural feature within stone as they competed for a prize pool of more than $2,500 and an apprentice award.
Heritage Specialist at Rookwood General Cemetery and the stonemason behind the project, Matthew Johnson, said many stonemasons explored Rookwood during their time at TAFE as it was one of the few spaces left in Sydney that displayed a large variety of architectural styles.
He said the cemetery had been long held as the pinnacle place of stonemason artistry and craftsmanship.
Until now, the stonemasonry industry in Sydney had few formal exhibition spaces or events that can showcase the rich talents that stonemasonry has to offer.
“Having discussions with colleagues about how there is a lack of collaborative stonemasonry events within the industry, it became apparent that something should be done, and Rookwood would be a fitting place for stonemasons to test their skills more formally and raise awareness of the craft,” Mr Johnson said.
“We were blown away by the talent submitted, which clearly demonstrated deep passion for the craft.
“Inspiration has come across history and globe, including Gothic, Greek, Tibetan, Roman and Christian influences.”
The exhibition is located on the Village Green, Hawthorne Ave, and closes May 16.