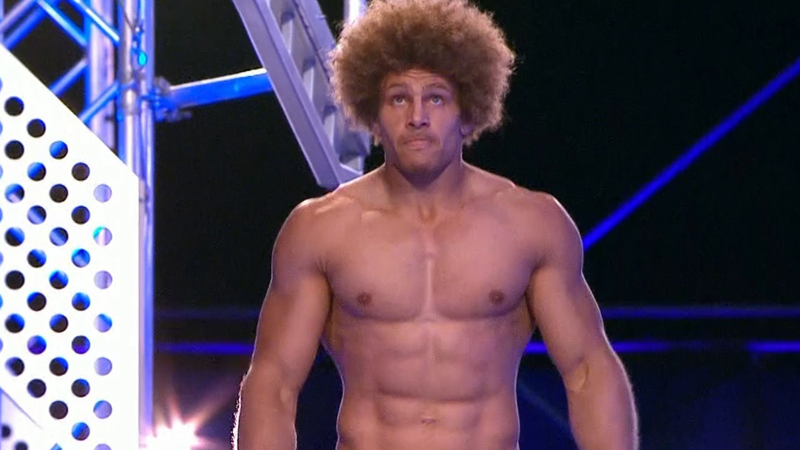 VERY few may be aware that their friendly neighbourhood garbage man is actually a former football legend as well as a fully fledged Ninja warrior, Eloni Vunakece.

The golden afro that once tore down the field in the name of the Sydney Roosters, was forced to cut his rugby career short due to ongoing injuries from playing too hard.
The half-Fijian, who’s also a personal trainer, is known to live by the mantra,
“Everything is a challenge, nothing is ever easy – you have to be willing to work”.
That very code is what brought this humble hero to debut in 2019’s Ninja Warrior competition.
The gruelling course had claimed many before Eloni had stepped up to the plate and despite a great run, he finally met his match with the ninja killing ‘spinball wizard’.
But you can’t keep a good ninja down.
Taking it easy at a local skatepark with his children, who mimic their father’s prowess on the course, with half pipes in place of warped walls, the former Rooster muses on his return to the program.
“I’d love to have another crack, mainly for my kids who love the show, they’re doing some ninja training of their own right now,” he chuckled.
Having been around the world and all over the screen, the hidden hero is known to give a lot back to the community, working as a support teacher at a local high school where he inspires and enthrals students with his colourful anecdotes.