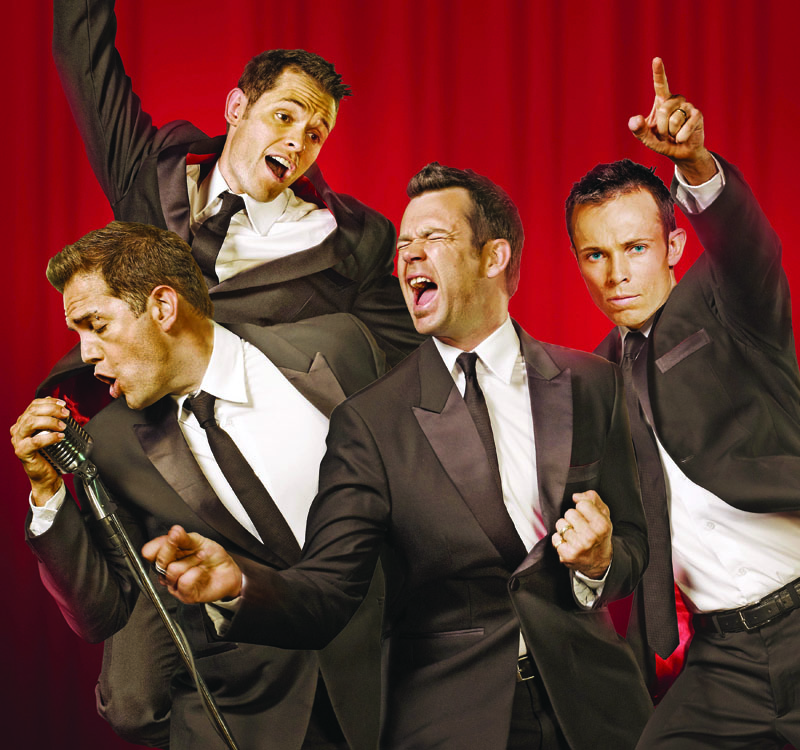 First boy band inducted into the ARIA Hall of Fame

BANKSTOWN born and bred Human Nature last week became the first boy band to be inducted into the ARIA Hall of Fame.
The four high school mates – brothers Andrew and Michael Tierney, Toby Allen and Phil Burton – first sung together 30 years ago at the Bankstown town hall and have since performed more than 40,000 shows.
In the late 90s, Human Nature were catapulted to international attention when they opened for Michael Jackson during his world tour in 1996 and 97, both in Australia and Europe.
In 1998, they also opened for Janet Jackson on her Australia tour.
The band solidified their status as pop royalty with their 1997 hit alongside John Farnham, ‘Every Time You Cry’, and sang on the world stage performing Australia’s national anthem at the opening ceremonies of the 2000 Summer Olympics
In 2005 they explored a classic era in music with Reach Out: The Motown Record, and their latest three ‘Jukebox’ albums are collections of classic love songs from the 1950s to the 1970s.
These days they’re well-loved in the USA with a permanent residency at the Las Vegas venue The Venetian, where they’ve performed more than 1,700 shows.
They’ve also appeared on America’s Oprah, Dancing with the Stars, and starred in their own PBS TV show.
More recently, Andrew began delving into his Christian faith, and placed it firmly in the spotlight in 2018 releasing a worship album, Finding Faith, alongside worship pastor Timothy Dunfield from his church in Las Vegas.