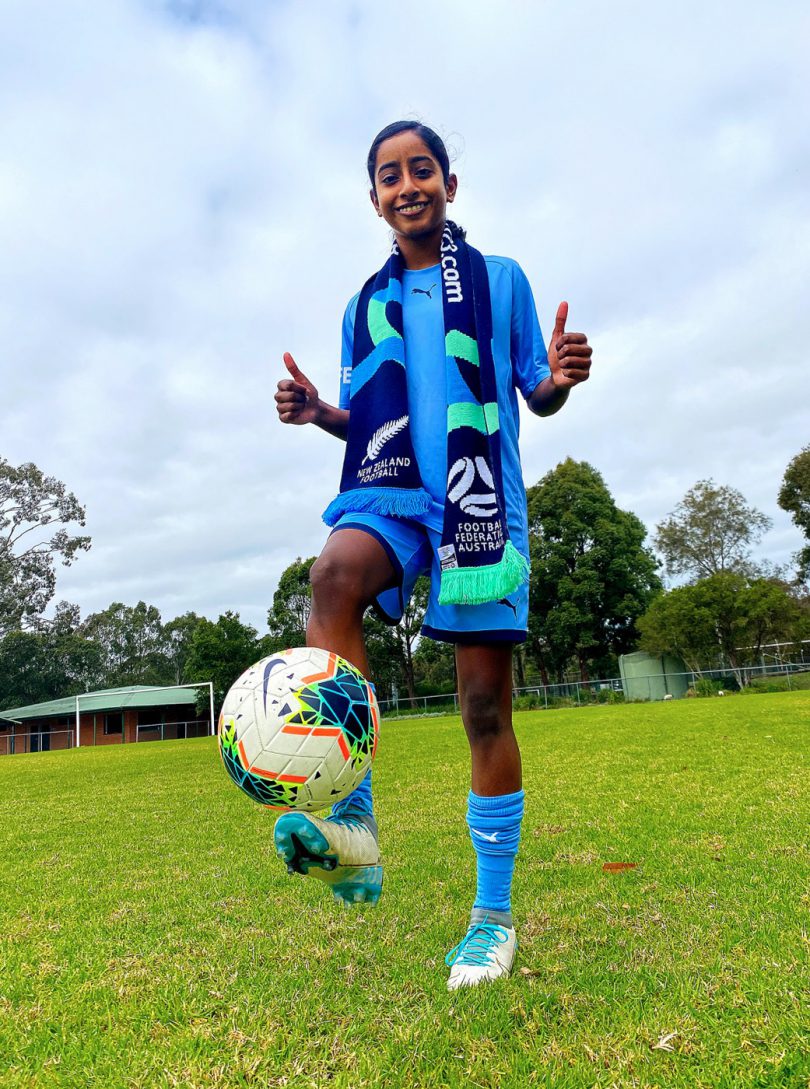 UP and coming soccer player Avaani Prakash is excited that Australia and New Zealand have won their joint bid to host the 2023 FIFA Women’s World Cup.
Featured in a video as part of the bidding campaign, the 13-year-old from South Granville will turn 17 when the tournament is played here, admits that while she would jump at the chance to be part of the Matildas team she can’t wait to just watch them play.
“It will be amazing to see the best players in the world here but I’m more excited to see the Matildas play on our home soil,” she said.
“I really love Sam Kerr, Ellie Carpenter and Alanna Kennedy but I just admire any players at the top levels because I know how hard it is to get there.
“No sport comes close to how much I love soccer.”
Playing from the age of five for Granville Rage and the Holroyd Rangers, at eight she joined Parramatta FC in the Skill Acquisition Program with the boys, and now attends Westfield Sports High School in their football program.
Also a part of the U13 Football NSW Institute program, Avaani enjoys both the indoor and outdoor games, playing in both the NSW National Premier League’s 15s competition, as well as the Women’s NSW Futsal National Premier League with Mountain Majik Futsal Club.
Training eight times a week, four sessions at school from 7.30am and another four times with the Football NSW Institute team after 5pm, she loves being back with her teammates after the Covid-19 lockdown.
“It’s hard trying to train by yourself and I really missed my friends and not playing as a team,” she said.
“Playing with my team is everything.”