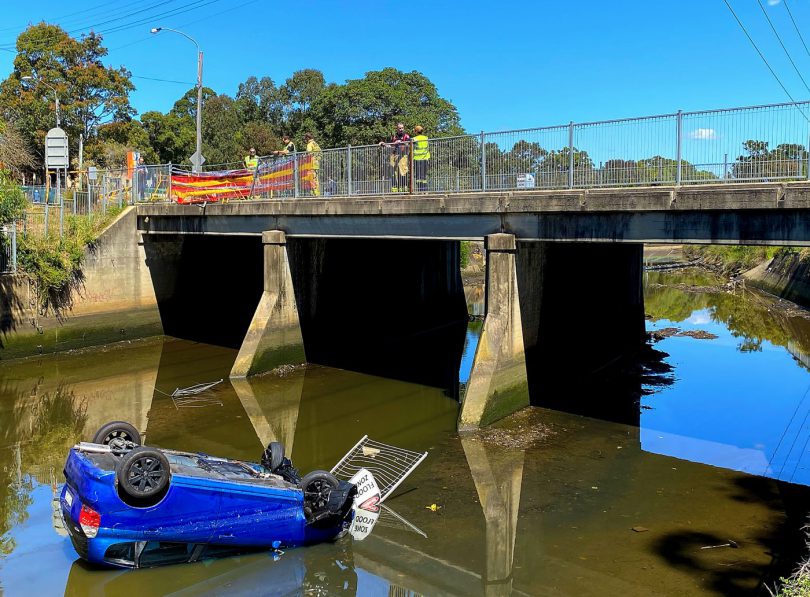 THREE men are lucky to be alive after their car crashed into the Cooks River at Campsie early Monday morning.

Police have been told the Honda Jazz was being driven along Burwood Road near Fifth Avenue about 3.30am when it crossed into the southbound lane and crashed through the barrier, travelling several metres through the air before landing on its roof in the river.
The driver and two occupants – all men aged in their 20s – managed to free themselves from the vehicle and were taken to hospital for assessment.
Police believe the men were on their way home after being at a friend’s place.
Campsie Police Acting Inspector Craig Partridge said considering the distance the car travelled before hitting the water, they were lucky to get out in one piece.
“They are very lucky to be alive,” he said.
The driver has undergone mandatory blood and urine tests. Police are investigating.