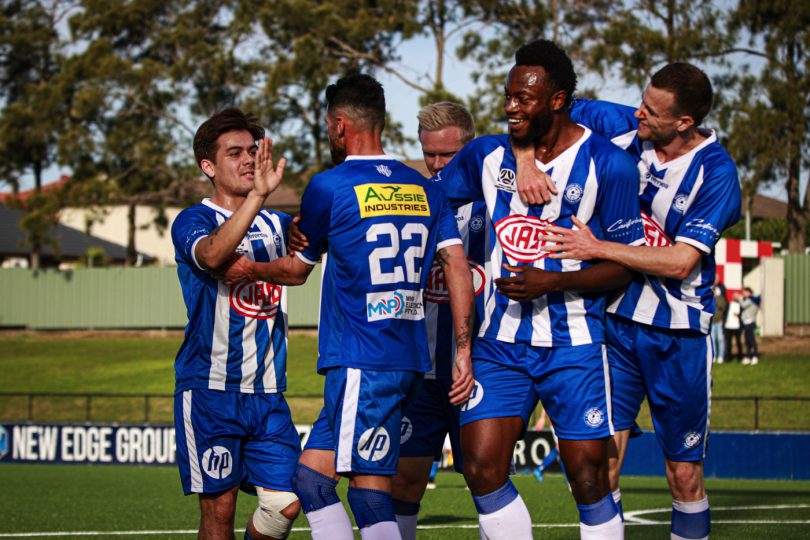 SYDNEY Olympic have kept their premiership hopes alive with a narrow 1-0 win against Western Sydney Wanderers at Lambert Park on Saturday.

A second-half strike from Captain Jason Madonis was enough for Olympic as they secured a vital three competition points.
It was the Wanderers who were on the ascendency early on with several early shots on goal testing the keeper.
The visitors were forced to clear off the line to deny Zach Mackenzie in the 25th minute.
Dean Pelakanos missed a brilliant chance to give Western Sydney the lead in the dying stages of the first half when he fired a close shot over the bar.
It was the Wanderers on the attack again when the second half began, with Rory Jordan unable to beat the keeper in the 56th minute.
After absorbing pressure for most of the match, Olympic took their chance in the 68th minute with Madonis scoring from the edge of the penalty area to cap off a brilliant counter-attack.
Oliver Puflett had a chance to double Olympic’s lead in the final minutes of the contest but fired wide.
It didn’t matter in the end with the home side clinging on to take the win and remain in the premiership race going into the final round.