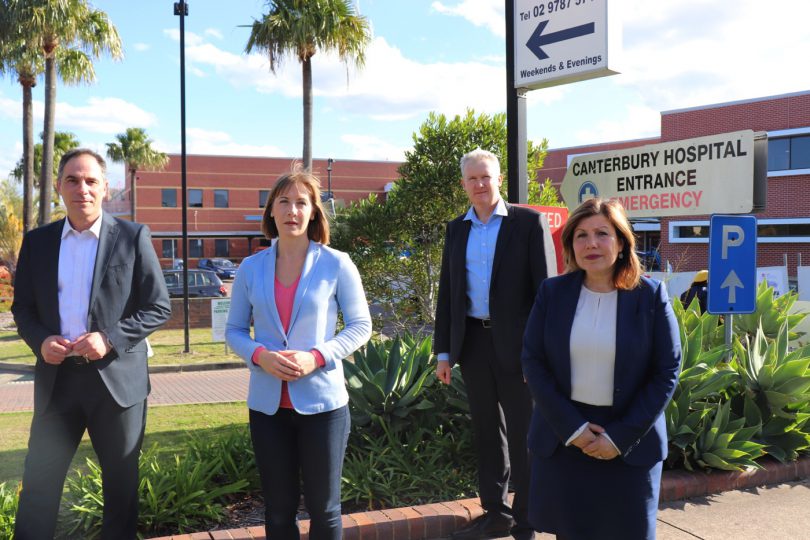 MAJOR hospital redevelopments are urgently needed in Bankstown and Canterbury and residents are being urged to join the fight to put pressure on the State Government to act.

While projections suggest that the local population is set for a 39 per cent increase by 2031, Canterbury Hospital’s last major upgrade was in 1998.
State MP for Canterbury, Sophie Cotsis, said presentations to the Emergency Department (ED) last year alone increased by 5.4 per cent, while the number of patients starting treatment on time fell by 5.3 per cent.
“Our population is one of the most diverse in Australia. Around 80 per cent of people in the Canterbury area have at least one parent who was born overseas – and our population continues to grow,” she said.
“Not only will a redevelopment mean more medical resources and facilities at Canterbury Hospital, but with Covid-19 and a looming recession, jobs will be created for the short and long term.”
State MP for Lakemba, Jihad Dib, said as the population continued to increase, the community should expect their local hospital “to be a modern and comfortable one that has the capacity to meet all existing and emerging needs”.
State MP for Summer Hill, Jo Haylen, added that an upgrade was “essential to meet the healthcare needs of Inner West residents and families”.
Answers are also needed about whether the site selection process has even begun for a promised new hospital to replace the Bankstown-Lidcombe Hospital, says State MP for Bankstown, Tania Mihailuk.
“It beggars belief that more than a year since promising a new hospital for Bankstown, the NSW Government is staying mum,” she said.
“Our community has been kept in the dark about the new hospital’s location, let alone any other details, and we are yet to see a single cent allocated in the budget.”