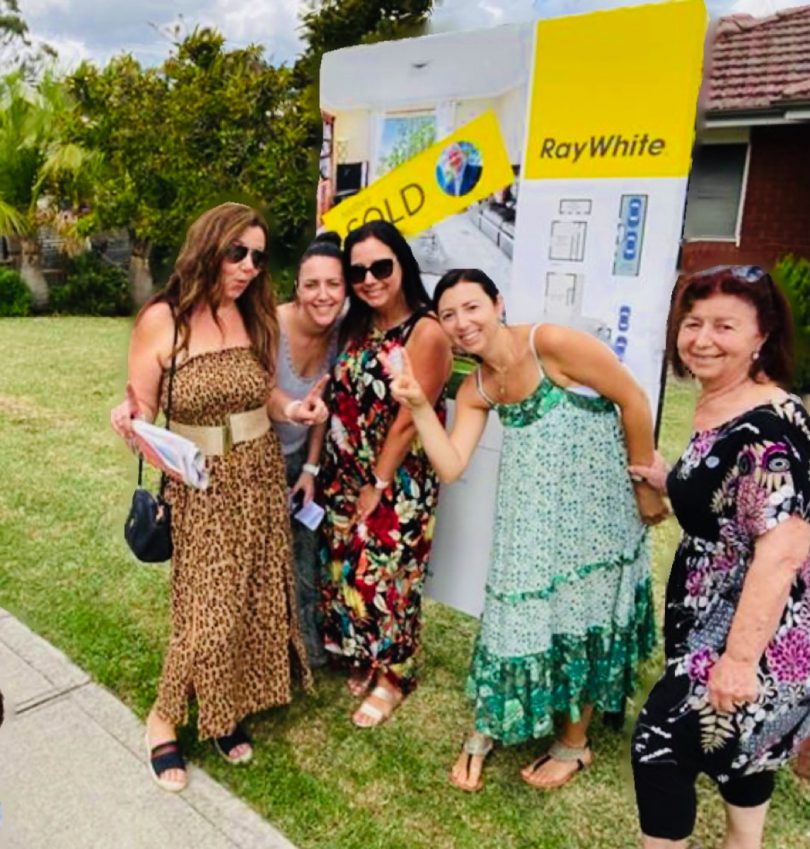 A PIECE of Greenacre’s history has been lost forever after the demolition of a home next door to a movie set for the award-winning romantic comedy, ‘They’re A Weird Mob’, in 1966.
Starring Chips Rafferty, John Meillon, Ed Devereaux, Walter Chiari and Claire Dunne, the movie follows Italian migrant Nino dealing with culture shock in Australia in the 1960s.
Leading to a new wave of Australian cult films which became popular internationally, the movie centred around building a home at 128 Greenacre Road which was known as ‘the house that Nino built’ and as part of the plot, saw the actors dig trenches, pour concrete and lay bricks.
When the film was completed, the home was finished professionally and sold to raise funds for the Royal Life Saving Society. The stars’ footprints were set in concrete slabs on the pathway.
In the mid-70s, the property next door at 130 Greenacre Road which was visible in many of the movie’s scenes, was purchased by Italian migrants Maria and Pompeo Schettino with the last of their four daughters born at the home in 1978.
Daughter Lia Capraro has fond memories of growing up in their ‘famous’ home.
“Everyone knew the movie was made next door and some people even remembered the film crew,” she said.
“We loved the movie because it’s very ‘ocker’ and so funny; you get to see what Greenacre Heights Park over the road used to look like as well as Greenacre Road which was still part dirt plus all of the incredible old homes and cars.”
After Pompeo passed away in 1992 and with his daughters grown up, Maria remained in the house until last February when the five-bedroom house sold for a record $1,385,000.
The new owners had the home demolished in December to make way for development.
“We were very emotional having to say goodbye to a home that is not just a part of our family’s history but the whole nation,” Lia said.
A Greenacre resident all his life, Lance Tyrrell grew up around the corner in Hillcrest Avenue and remembers watching the movie being made.
“It was very exciting; my brother and I were young teens and we’d walk around to the property to try to catch a glimpse of anyone famous,” he said.
“It’s such a shame to have lost the home now, it was a wonderful piece of Australiana.”