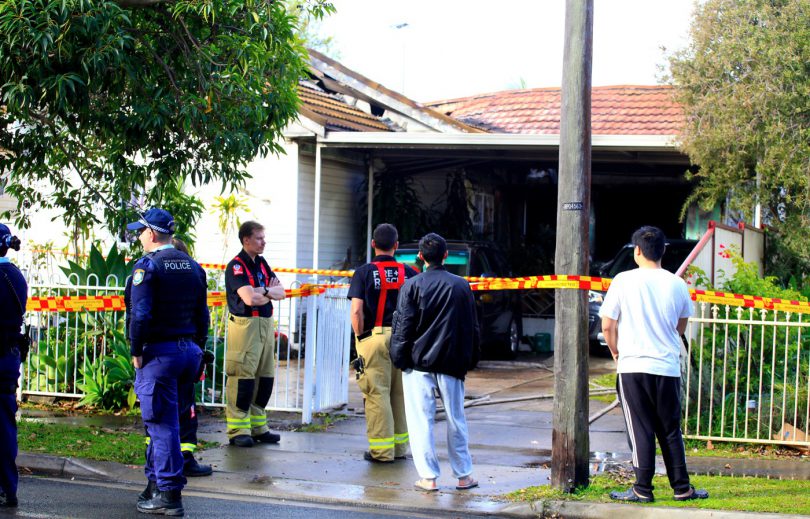 THREE people were treated for smoke inhalation after a house fire at a home in Auburn this morning.

Six Fire and Rescue NSW (FRNSW) crews, including Guildford, Silverwater and Chester Hill, were called to the home in Chisholm Road just after 10.30am, and the first fire fighters on scene found the home fully alight.
While all those inside managed to escape to safety by themselves, three people were treated on scene by Ambulance NSW paramedics, with one person later taken to hospital with minor smoke inhalation.
FRNSW acting superintendent, Scott Dodson said it was a timely reminder for the community to develop their fire escape plan.
“Now is the time for residents to check they have a working smoke alarm and that all members of the family have an awareness of calling Triple Zero (000) in an emergency,” he said.