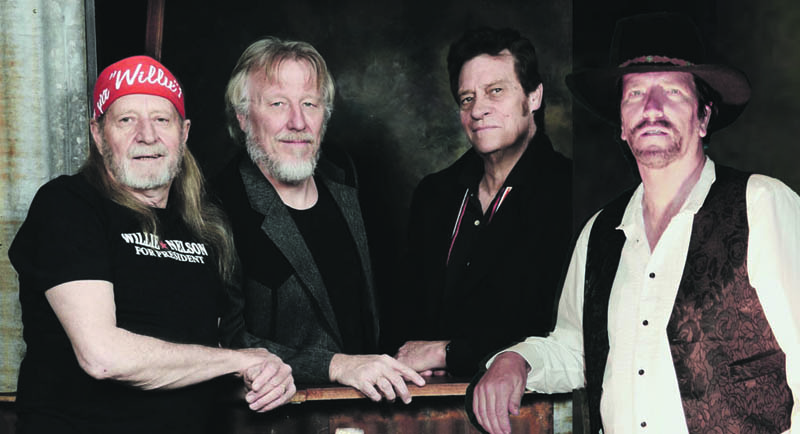 AUSTRALIA’S own 4 Highwaymen have returned to continue recreating the memories of The Highwaymen, with a show planned for Canterbury Hurlstone Park RSL.

It’s almost 35 years since USA country supergroup The Highwaymen was formed.
Back in 1985 country music superstar friends Willie Nelson, Waylon Jennings, Johnny Cash and Kris Kristofferson got together and recorded their first album titled “The Highwaymen” which then became the signature name for this supergroup of stars. Between 1985 and 1995, they recorded three major label albums as The Highwaymen with chart hits and also completed three world tours together.
The 4 Highwaymen – Bruce McCumstie (Willie), Alan Bowles (Johnny) and Bryen Willems (Kris), along with new recruit Chris Callaghan, will come together to salute to those four legendary country superstars and celebrate their 35 years of top country classic songs.
After sadly losing their mate Rob Wilson (4 Highwaymen’s original ‘Waylon’) to cancer in January of this year, they took a break, but are now thrilled to announce they have welcomed country star Callaghan to the line-up to complete the cast as Waylon.
The 4 Highwaymen will be appearing at Canterbury Hurlstone Park RSL on Saturday, November 23, from 8.30pm.
Tickets cost $20 members, $25 visitors and are available at chprsl.com.au or the club on 9559 0000.