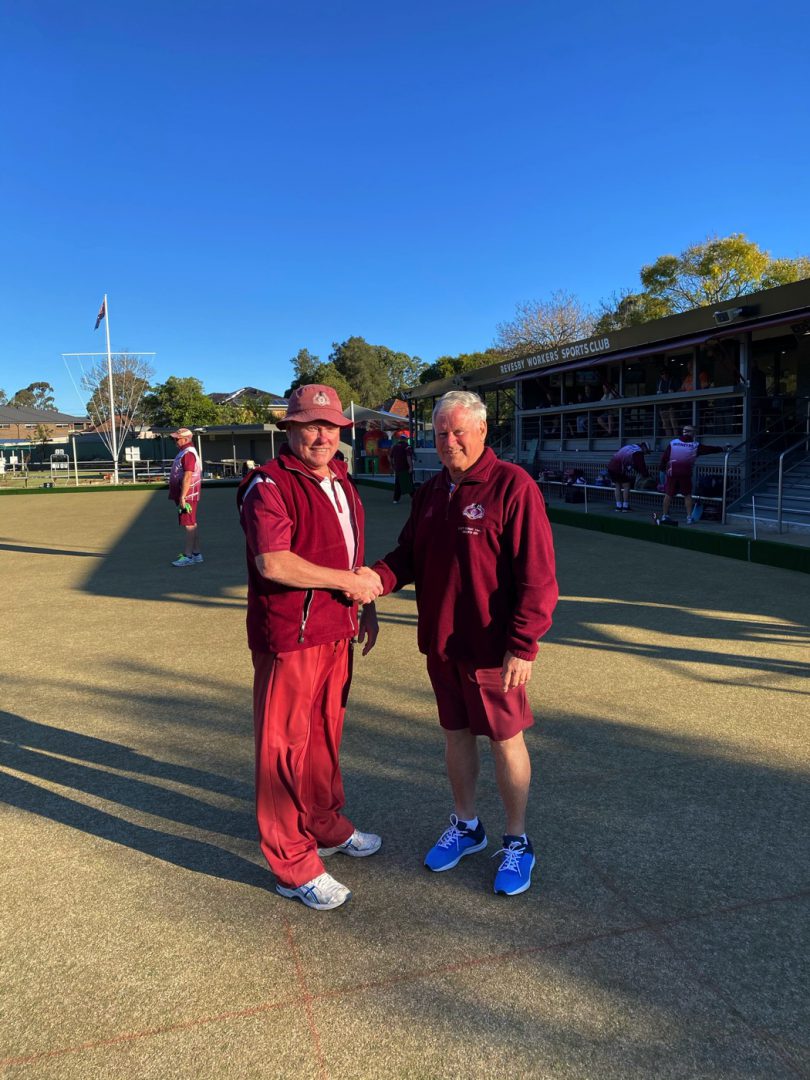 “Club Champion for 2020, Col led all the way in a high quality contest to run out a deserving 31–23 winner over perennial finalist Adam Whalan,” Bowling Club president Denis Gallant said.
“Congratulations to both players who provided a terrific spectacle in extremely difficult windy conditions.“
Colin shared the Major Pairs championship win with Peter Chown.
“It is the best I’ve done and was a bit of a surprise,” Colin said.
“I took up bowls about 20 years ago when I was still playing cricket and I don’t get much of a chance to play socially because of work but I still play pennants in the zone which is a 10-week competition.”
The catchment officer for Sydney dams, Colin said Revesby Workers’ Bowling Club had introduced a mixed social Saturday competition which was proving popular.
“Bowls is a great sport for all ages and both sexes,” he said.
“It’s very social, you do a lot of walking and it gets you outside. We would like to see more people give bowls a go at our club; it’s the kind of sport you can play forever in whatever capacity you’re capable of.”
And does the champion have any bowling secrets to success to share?
“Doesn’t matter how experienced you are, everyone needs luck on the day,” he said.