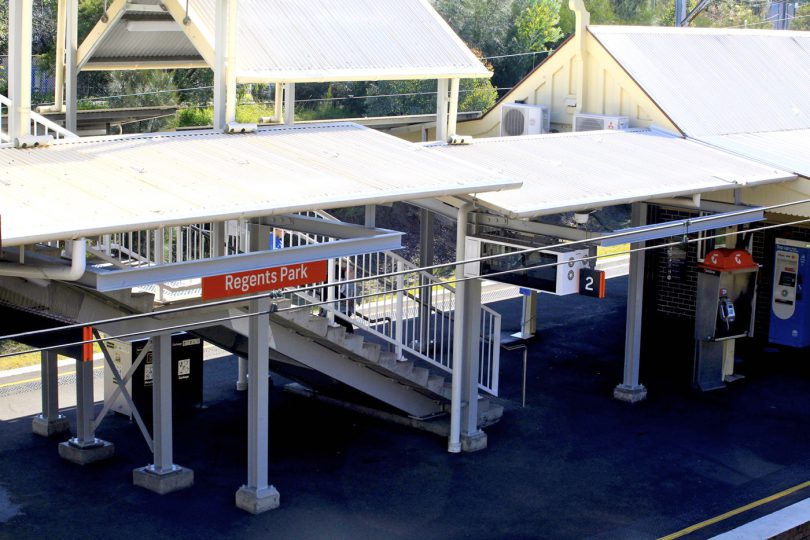 TRAIN services to the city on the T3 Bankstown Line west of Bankstown, could be partially restored but it will still be a long wait for commuters at Berala and Regents Park.

A Transport for NSW spokesperson said train services on the T3 line would need to operate differently once Sydney Metro City and Southwest is introduced in 2024 and three proposed options are available at yoursay.transport.nsw.gov.au/west-of-bankstown along with a short survey.
Encouraging commuters to participate in the online survey, Restore Inner West Line campaigner Roydon Ng says their group supports Option 2, which includes a direct train to City without interchange at Lidcombe and a direct train to Liverpool without interchange at Birrong.
“Ideally all three sides of Sefton Junction should be in operation to provide City to Liverpool via Regents Park, City to Bankstown via Regents Park, and direct between Liverpool and Bankstown,” he said.
“The NSW Government should be reminded that in 1930, a direct train from Berala to City via Inner West was just 22 minutes, now it’s around 35 to 40 minutes with a forced interchange at Lidcombe.
“While it’s encouraging that Transport for NSW is considering restoring the former Inner West Line to Liverpool via Regents Park, the on-the-ground community consultation has room for improvement.”
Feedback can also be provided by calling 1800 684 490 or email projects@transport.nsw.gov.au until July 27.