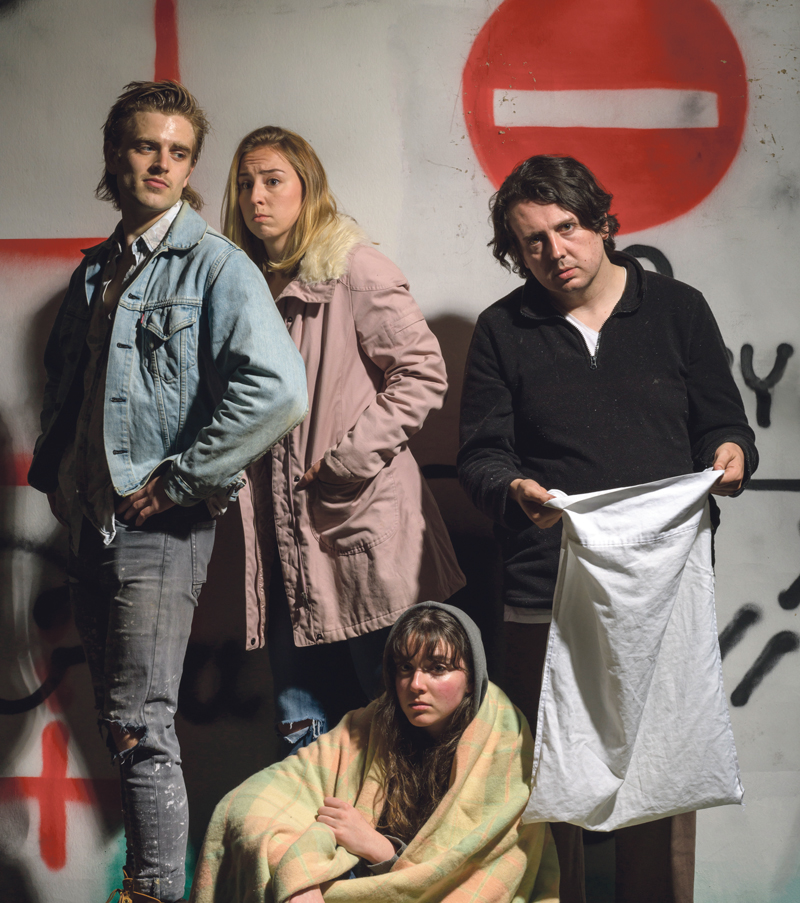 A POWERFUL new play about the harsh reality of living on the street, stars Bankstown actor Stuart Oliver.

Headlining at Sydney Fringe this September, ‘Street’ by Liviu Monsted is a hard-hitting, confronting commentary on homelessness and social responsibility.
For Foster and Miriam, being alone and unseen is the norm, that is, until they’re unexpectedly confronted by two people who are seemingly new to the cruel reality of living on the street.
Stuart says the audience can expect a roller-coaster of emotions.
“It’s a great story but heartbreaking in a lot of ways, with homelessness at the centre of the story; you’ll laugh, you’ll cry and if you see yourself in the mirror being held up, you might cringe,” he said.
“Writer and director Liviu delivers a real fly on the wall experience; we’ve worked together before in Heathers the Musical and it’s always a real joy.
“Everyone should take the time to see it as the cast is amazing and it’s such an eye opener.”
Liviu says he wrote the play as a reaction to the startling number of homeless people he was noticing on the streets of Sydney.
“Homelessness is by far one of the most atrocious acts of neglect towards fellow human beings I can think of,” he said.
“Certain life experiences should never be forced upon humans and we need to see these for what they are … not romanticised or fantasised away.
“I want Street to be an active force for good so I am deeply excited and humbled to be raising money and support for Youth Off the Streets – an organisation that, sadly, is still desperately needed in our society.”
Catch Street from September 25-28 from 7pm at Chippen Street Theatre, 45 Chippen St Chippendale (Sydney Theatre School).
Tickets: $33, adult, $30 concession; bookings at sydneyfringe.com.